All Stars not too Clever for Wits 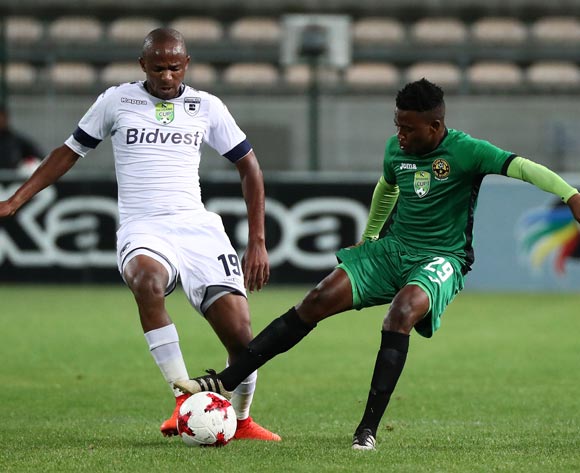 Despite a brave performance, Cape Town All Stars lost their Nedbank Cup Last 32 match 2-0 to Bidvest Wits on Wednesday night at Athlone Stadium.

The loss means Patrick Mabedi's side will now exit the competition and they will hope to bounce back to winning ways in the National First Division.

A brace by Mogakolodi Ngele was enough for the Clever Boys to progress through to the Last 16 of the tournament.

As early as the fifth minute, the Clever Boys combined through Ngele and Elias Pelembe in front of goal, but the final attempt at goal went wide.

Just after the 14th minute, the hosts exerted pressure on Wits through Lucky Setelele, as he troubled defender Bongani Khumalo, but the visitors recovered to clear the danger.

With two minutes away from the half-hour mark, Ngele proved a threat for Igugu Lekapa’s defence as his well-taken shot was saved by goalkeeper Ludwe Mpakumpaku.

Following good movement in the heart of the field in the 36th minute, Ejike Uzoenyi nearly scored when his shot went inches over the cross bar after they were awarded a corner.

Patrick Mabedi's men stood firm at the back as both sides headed to the tunnel deadlocked at 0-0.

However, the second stanza saw a different Wits as they broke the deadlock through Ngele, who made no mistake in the 46th minute when he finished a beautiful flick on from Uzoenyi.

Ten minutes later, the Botswana international completed his brace with a brilliant curler from outside the box to beat keeper Mpakumpaku, 2-0 to Wits.

The hosts' net minder was called to action in the 61st minute when he parried Eleazar Rodgers' goal-bound header over the top of the posts.

Despite their efforts, the National First Division outfit could not trouble Wits as they exit the Ke Yona competition.