Highlands edge Maritzburg to move out of the danger zone 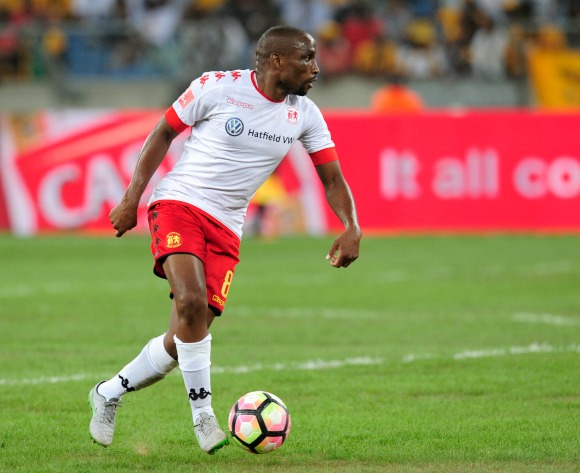 The result sees the Lions of the North move out of the relegation zone for the first time this year, while the Team of Choice remain a couple of places outside of the top eight bracket.

Both sides were more than prepared to be positive in attack from early in the game, with the hosts’ Tapuwa Kapini and United’s Virgil Vries both making good saves to deny Evans Rusike and Peter Shalulile respectively inside the first 20 minutes.

Just past the midway point of the first half the Lions of the North claimed the lead, with veteran midfielder Surprise Moriri scoring with a header from a corner kick delivered by winger Lindokuhle Mbatha.

Chances at either end were few and far between for the rest of the half, with the most notable attempt a long-range volley from Charlton Mashumba a couple of minutes before the break which was saved with relative comfort by Vries.

The first effort of the second half came from United’s promising attacker Devon Saal, who fired on target direct from a free kick in the 52nd minute but was unable to get the better of Kapini.

Just before the hour mark Maritzburg made a double change in an effort to boost their attack, with Sheldon Van Wyk and Andrea Fileccia introduced in place of Bandile Shandu and Mohau Mokate respectively.

Van Wyk had Maritzburg’s best chance to equalise, as he was gifted a clear sight of goal in the 87th minute, but his low shot was well saved by the legs of Kapini. The Team of Choice pushed hard for an equaliser, but for the most part they found Highlands’ defence to be impenetrable.