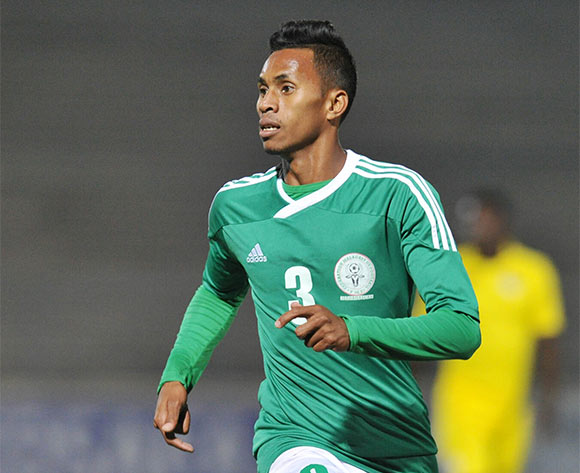 Tantely Randrianirina of Madagascar during the 2016 Cosafa Cup match between Madagascar and Zimbabwe at Sam Nujoma Stadium in Windhoek Namibia on 13 June, 2016 ©Muzi Ntombela/BackpagePix

Minnows Sao Tome & Principe and Madagascar will begin their preliminary round qualifier for the 2019 Africa Cup of Nations when they meet at Estádio Nacional 12 de Julho on Wednesday afternoon.

ST & P have never qualified for the Africa Cup of Nations finals before and finished bottom of their pool in the 2017 preliminaries, though they did claim a famous 2-1 home win over Libya a year ago – a result which they will look to for inspiration as they gear up for this first leg clash.

As for Madagascar, they are another side which has never reached the AFCON proper, and an attempt to qualify for the 2017 edition saw them finishing bottom of their pool, claiming just three points from six matches against DR Congo, Central African Republic and Angola.

The return leg match will be played at the Stade Municipal de Mahamasina in Antananarivo on Sunday 26 March.

The aggregate winners will advance into Group A of the next phase of qualifiers, where they will battle with Senegal, Equatorial Guinea and Sudan.