SAFA to decide on Ntseki, Senong and ODG 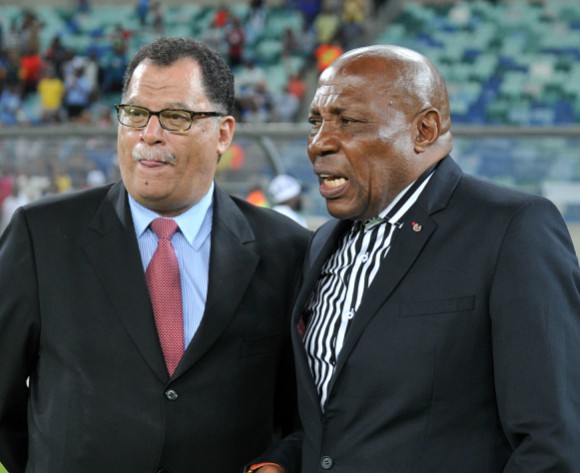 With the South African Football Association still locked in negotiations in terms of hiring a new coach, SAFA president Danny Jordaan says the future of the assistant coaches depends on the new manager.

He said SAFA believes in continuity when it comes to the future of coaches through all the national teams, but they will first talk to Shakes Mashaba's successor.

Bafana and U20 coach Thabo Senong, U17 mentor Molefi Ntseki, as well as U23 and Bafana assistant Owen Da Gama's future hangs in the balance.

Although Jordaan says they want to keep the principle of synergy of coaches through the age groups‚ they will have discussions with whoever the new Bafana Bafana coach is before deciding on whether to retain the current incumbents.

Speaking to the Sowetan website, the SAFA boss heaped praise on the three coaches as they led the the junior national sides to major competitions.

“We have said that what is important is the structure and the continuity from U17 to U20 to U23 to the senior national team‚” Jordaan said.

“I think (previously) a lot of our players got lost because there’s not that working relationship and the integration of the technical staff. So as a principle‚ we will stick to that principle.

“And secondly‚ we will have to discuss it with whoever the new coach is.

“The fact of the matter is Molefi Ntseki took the U17s to South Africa’s first participation at the U17 the World Cup.

“This period in our history is the most successful in terms of qualification and participation of all of our teams.

“The U20s have just lost their crown of being U20 COSAFA champions‚ and qualified for their World Cup.

“The U23s – we were the only country on the continent to have had two teams (men and women) at the Olympics‚ and one of only eight in the world.”

Meanwhile, speculation remains rife that Ruud Krol has agreed to take charge of the 1996 CAF Africa Cup of Nations champions whilst Roger De Sa and 'ODG' remain linked with the job.

Media reports indicated that SAFA could call a press conference by the end of the week to announce the new Bafana coach.