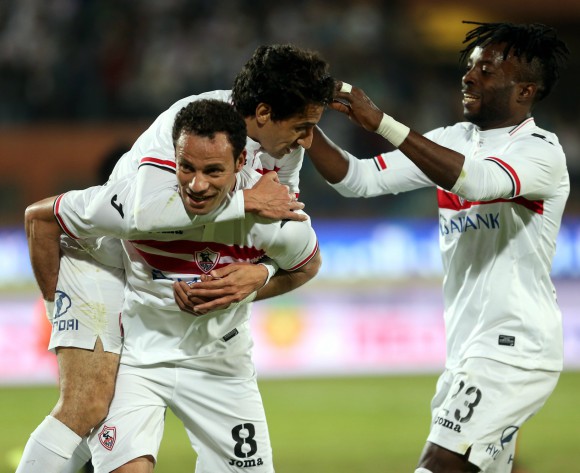 Ex-Zamalek forward Abdel-Halim Ali has reportedly turned down an offer to return to the White Knights as head coach.

Ali rejected the offer by the Egyptian Premier League giants as the club wanted him to return to the technical team.

The move by Zamalek follows their decision to sack the current staff members, who were led by coach Mohamed Helmy.

Helmy and his technical bench parted ways with the club after their 2-0 loss to Smouha in the Egyptian Premier League.

Kingfut.com reports that Ali apologised to the club's board as he will not be able to take the new post instead of Ismail Youssef, who was appointed as head of football sector since he already signed a contract with a TV channel to analyze league matches.

It is revealed that the board, headed by president Mortada Mansour, will meet on Monday to finalise the staff members list that will work with Mohamed Salah.

Salah will start his new role as interim head coach along with Alaa Abdel-Ghany while Ayman Taher, Osama Abdel-Karem and Amr Abdel-Salam are tipped to take the goalkeeper coaching job.

For the next season, Mali coach Alain Giresse is heavily linked with the job and reports revealed he has been engaged to lead the 2016 CAF Champions League runners-up.