Johnson: We will have our work cut out against Baroka 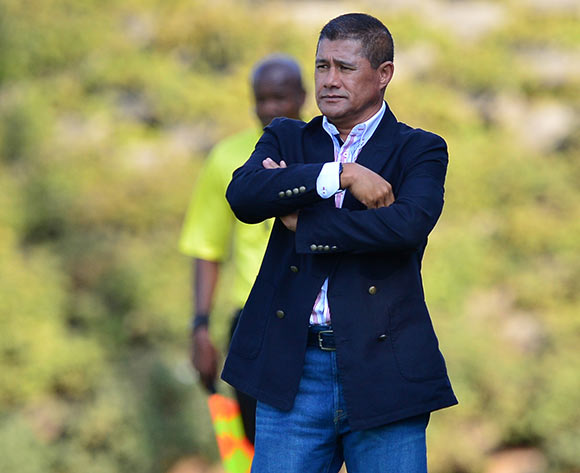 Platinum Stars coach Cavin Johnson says they must go all out against Baroka in the Nedbank Cup as they want to reach the last eight.

The Dikwena mentor spoke to reporters after their Absa Premiership loss to Bidvest Wits on Saturday in Johannesburg.

However, the former SuperSport United manager said they are not disappointed with the loss to the Clever Boys, but will now get ready to meet the Bakgaga Ba Mpahahlele.

“I am not disappointed, it was game of two halves and I thought we should've grabbed it in the first half. We had the better chances because we played better,” said Jonson.

“We are not over unhappy because we lost, analytically, they are in top and we played a good game against a big team.

AL AHLY’S COULIBALY RECEIVES PRAISE AFTER HIS BRACE OF GOALS

“We have a big one coming on Tuesday and games are coming thick and fast so we have to put this far behind in our heads.

“Every 48 hours, you play a game and we have one on Tuesday, after that we fly out to Ivory Coast for the CAF Confederation Cup.

“We come back to play Cape Town City so it's back-to-back games, this is what we like as coaches because we might end up forgetting our profession if we play every second week.”

Speaking about their opportunity to wrap their 2016/17 Premier Soccer League campaign with a trophy, Johnson added that they'll go to Limpopo for a win.

“Yes, in one moment we have a chance to win something, we are playing against a team that is known to have a kind of Juju for the Nedbank Cup,” adds the coach.

“Baroka, the Mr Nedbank....we will have our work cut out, we will have to fight and do our best in order to go through to the next round.”