SuperSport urges SAFA to conclude with Baxter by Friday 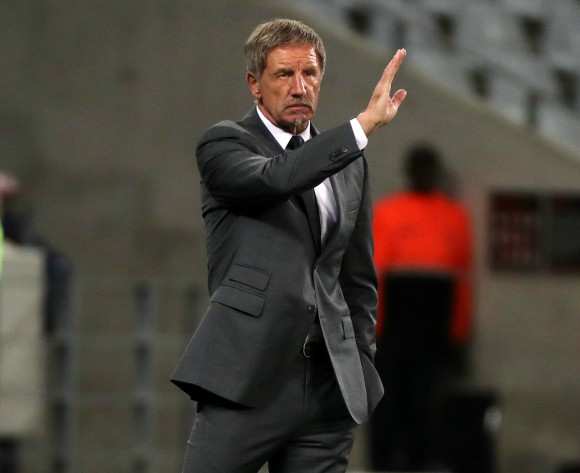 SuperSport United have reportedly pleaded with the South African Football Association to speed up their negotiations with coach Stuart Baxter.

Baxter has been earmarked to replace Bafana Bafana coach Shakes Mashaba and the Tshwane side allowed their coach to engage in talks with SAFA.

However, according to club boss Stanley Mathews, nothing has been confirmed for now, and he wants the matter to be concluded by this coming Friday.

Mathews spoke to the IOL website, saying they can't hold the Englishman back as he is interested in leading the 1996 African champions.

Amatsantsantsa A Pitori are chasing the 2016/17 Absa Premiership title and they fear the ongoing matter could derail their title ambitions.

“Nothing has been finalised yet,” Mathews tells the IOL.

“We have asked for a conclusion by Friday because we cannot have this go on for longer. It can have some serious repercussions to our plans this season.

“We can’t hold Stuart back if he feels he wants to take the opportunity, but we need to be prepared for life after him.”

Furthermore, the Sowetan reported on Monday that the former Kaizer Chiefs manager has agreed personal terms with SAFA and that he will get around R1 million per month.

However, it was also reported that Baxter wants his son, Lee Baxter, to be part of the technical team as goalkeeper coach, together United's fitness trainer Joshua Smith.

“We are still not prepared to allow him to go before the end of the season because that will hurt us. We have big league games coming up and we want to be the first team to retain the Nedbank Cup and could go all the way in the CAF Confederation Cup,” adds Matthews.

Meanwhile, SAFA parted ways with Mashaba in December 2016 after he was found guilty of gross misconduct, insubordination and violating his employers’ communication policy after his utterances following their 2-1 win over Senegal in November during a 2018 World Cup qualifier.