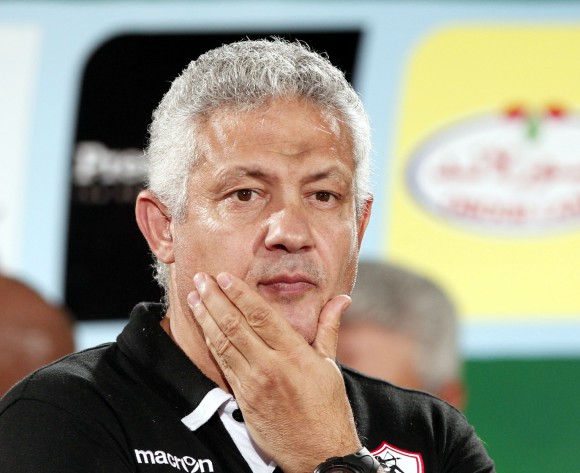 Former Zamalek coach Mohamed Helmy has been fined by the competitions committee of the Egyptian Football Association.

Helmy is fined for his refusal to attend the post match press conference after his side lost 2-0 to Smouha in the Egyptian Premier League.

KingFut.com reports that the White Knights manager has been fined 15,000 EGP after missing the press conference of the league game last Saturday.

SUPERSPORT URGES SAFA TO CONCLUDE WITH BAXTER BY FRIDAY

In other news, Ittihad of Alexandria were also fined 10,000 EGP for their staff’s unsporting behavior during their game with Tanta in the EPL and the latter’s manager Khaled Eid received a one-match suspension for the same offence.

Meanwhile, Ismaily’s goalkeeping coach Safaan El-Sagheir has also received a four-match suspension and was fined 5,000 EGP for his unsporting behavior against Misr El-Makasa.

Wadi Degla’s administrative director Sayed Metwally, on the other hand, was also banned for one game after his protest against the referee in their tie against Nasr Lel Taa’deen.