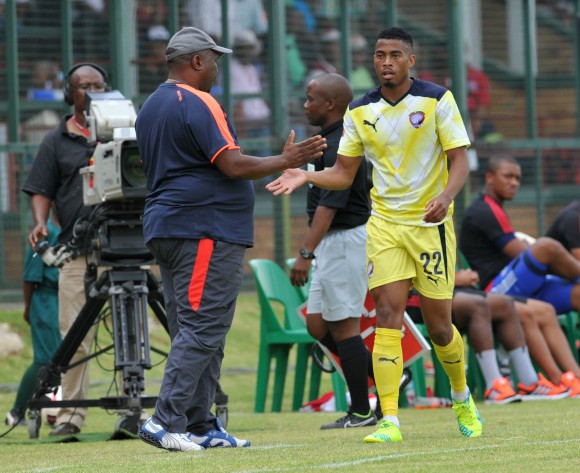 Jomo Cosmos booked their place in the Nedbank Cup quarter-finals after beating Bidvest Wits 5-4 on penalties following a 1-1 draw on Tuesday evening.

The Clever Boys, the current ABSA Premiership log leaders, went into the last 16 encounter as the favourites at the Tsakane Stadium in Johannesburg.

National First Division (NFD) campaigners Ezenkosi were happy to sit back and launch counter attacks against their more fancied opponent.

The home side were lucky not to concede in the 23rd minute when Mogakolodi Ngele's cross was headed narrowly wide of the target by Cuthbert Malajila.

But Ezenkosi's defensive approach did paid off just before half-time when Linda Mntambo hit the back of the net to make it 1-0 to Cosmos heading into the break.

The Clever Boys dominated the opening stages of the second-half with Phakamani Mahlambi and Daine Klate looking lively for the visitors.

The pressure paid in the 66th minute when Botswana international Ngele headed home Klate's cross to make it 1-1 for Wits.

But Wits lost their experienced winger Klate to injury with less than 10 minutes left and ultimately, the match went into extra-time after 1-1 draw in regulation time.

The two sides created chances in extra-time, but they failed to convert them and a penalty shootout followed at the end of extra-time.