Rohr: Nigeria players not allowed to go for holiday ahead of SA clash 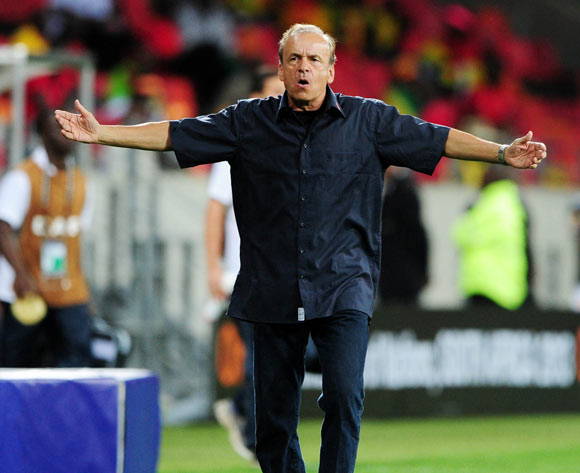 Nigeria head coach Gernot Rohr has revealed their plans ahead of their first 2019 Africa Cup of Nations (AFCON) qualifier.

The Super Eagles of Nigeria will take on South Africa in the Group E of the 2019 AFCON qualification in June 2017.

German tactician Rohr stated that the Super Eagles will camp in France ahead of the encounter which will be played in Nigeria.

"We are meeting them in just eight weeks, so we don’t have much time. We must prepare very well for that match and we have already set out a training scheme to prepare the team," Rohr said on Own Goal Nigeria.

”Some of the players will finish their league season at the beginning of May, some middle of May and we cannot allow them to go for holiday for three weeks and later ask them to come to camp ahead of the game against South Africa.

"We have a programme to work together as a team. We have arranged for camping in France and we have been invited for some friendly games, although it’s not FIFA window. We have some young players who we need to look at and also some of them that have finished their season in Europe."

Seychelles and Libya are also part of Group E. The group winner qualifies for the 2019 AFCON finals, while the runner-up also qualifies if they are among the three best runners-up.