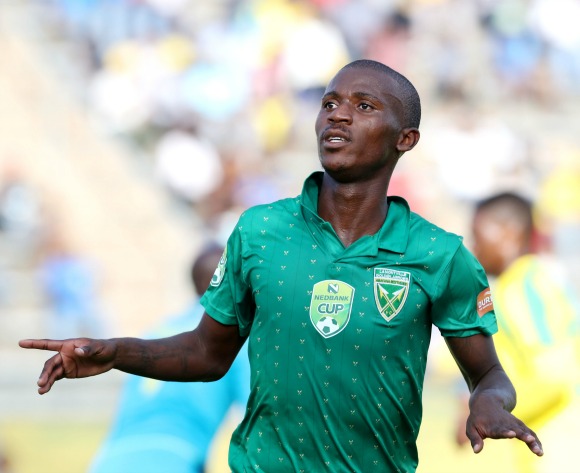 The loss for the Tshwane side means they will now focus on the Absa Premiership and CAF Champions League as they exit the Ke Yona competition.

For the visitors, Nduduzo Sibiya netted a fine goal in the second stanza as Arrows enter the quarter-final stage of the competition.

Although the hosts started like a house on fire as they kept their opponents under pressure through Khama Billiat and Percy Tau, they were indecisive in front of goal.

However, a good pass by Teko Modise picked out Anele Ngcongca on the right flank and his cross met Thapelo Morena in the box, but the defender blasted his effort over the crossbar in the seventh minute.

On the stroke of half time, Sibeko failed for the second time to hit target with a free header resulting from a corner kick on the right wing.

Although they dominated the proceedings, the Brazilians could not penetrate the Abafana Bes'thende defence as they went to the tunnel held at 0-0.

Upon their return, Pitso Mosimane's men put pressure on Arrows and their appeal for a hand ball when the ball touched Nkanyiso Mngwengwe's hands fell on Phillip Tinyani's deaf ears.

The 52nd minute saw Tebogo Langerman unleashing a powerful shot which was goal-bound, but goalkeeper Nkosingiphile Gumede punched the ball away from danger.

Against the run of play, Sibiya received a a pass in the centre line, beat Madisha Modjeka as he ran into the penalty area before beating keeper Kennedy Mweene with a low shot on his left corner, 1-0 to Arrows.

Sundowns enjoyed the ball possession, but their efforts upfront to find an equaliser were thwarted by Gumede and his solid defence.

With seven minutes to go, Billiat received a clever pass from Hlompho Kekana on the left far post, but the Zimbabwean's headed effort went over the crossbar.

Despite seeing the final minutes of the tie under siege, Clitnon Larsen's side managed to hold on and dispatched the African champions out of the Ke Yona competition.