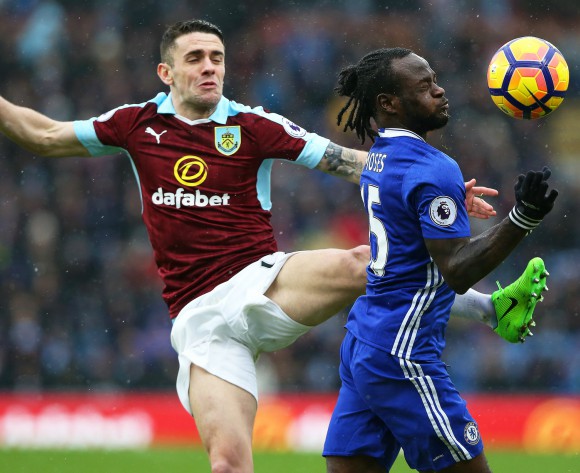 The Nigerian spent the previous three seasons on loan at Stoke City, Liverpool and West Ham United after failing to establish himself as a regular with the Blues.

However, Chelsea’s switch earlier this season to a 3-4-3 formation has allowed Moses to thrive as a right wingback, while Marcos Alonso has also benefited on the other flank.

“He [Alonso] played here three or four years ago, he was at Bolton. He’s a lovely footballer, absolute quality, he has got a great left foot,” Redknapp told BT Sport.

“His delivery is top class, he always looked very composed, he suits the system.

“Moses was going nowhere in his career, suddenly in this system he has blossomed, he has been fantastic.”

“Him (Alonso) and Moses, at the beginning of the season people weren’t too sure about the wingbacks, but they have proved themselves.

“Alonso has that lovely left foot balance. The number of times they change the play, he is out there all the time. The diagonal pass is always in play.”