Chilli Boys too hot for Cosmos in Nedbank Cup 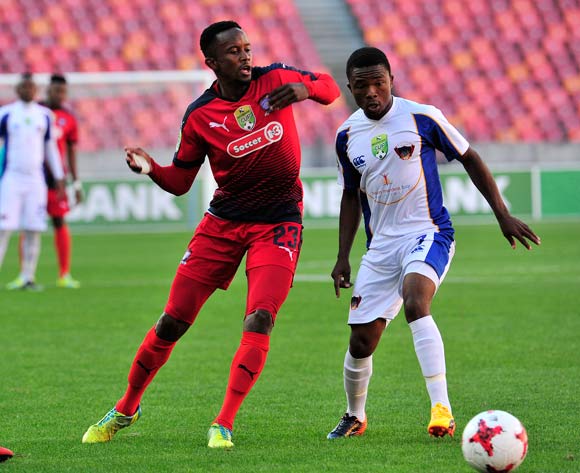 Chippa dominated the first half in terms of possession, but they weren’t able to create any clear-cut chances against a resolute Cosmos defence. The hosts had an early flash of chance through Vusumuzi Mncube, but Ezenkosi’s backline managed to block out the dangerous attacker and clear their lines.

The Chilli Boys saw a lot of the ball, but it was Cosmos who created the better chances: on 23 minutes Linda Mntambo shot just wide of goal, while shortly before the break the hosts needed goalkeeper Zama Dlamini to come quickly off his line to deny Mxolisi Machupu.

Dlamini and Machupu were at the heart of the action in the first major chance of the second stanza: in the 63rd minute the Chippa goalkeeper fumbled a long ball under pressure and Machupu was unable to steer his subsequent overhead shot on target.

The deadlock wad finally broken in the 72nd minute, as Paseka Mako provided a fine cross from the left flank and Lerato Manzini scored with a well-taken header to hand the Chilli Boys a 1-0 lead.

It proved to be the crucial moment of the match, with Ezenkosi unable to find a way back against a determined Chippa United.