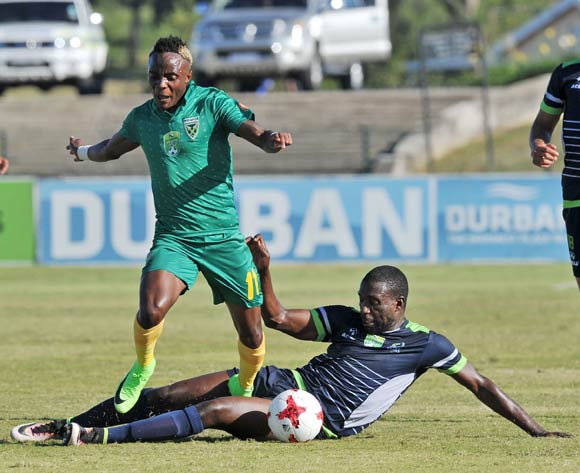 Both sides took their time settling into the match, with the first clear chance only arriving 17 minutes in. Golden Arrows goalkeeper Nkosingiphile Gumede was forced to produce a double save to keep out an initial volley from Ndumiso Mabena and a follow-up shot from Bongi Ntuli.

Twelve minutes later Arrows had the best chance of the half when Knox Mutizwa sprung the offside trap and was faced with only Mbongeni Mizmela to beat, but the goalkeeper made a fine one-on-one save to keep the game deadlocked.

With the match looking likely to be goalless at the break, Arrows claimed the lead in the 40th minute. Nduduzo Sibiya provided an in-swinging corner kick and Musa Bilankulu scored with a glancing header to make it 1-0 to the hosts.

Stars, as in the first stanza, created the first clear chance after the restart, with Gerald Phiri’s cross picking out Mabena in the 51st minute, but the striker wasn’t able to get over his header and failed to trouble Gumede.

In the dying minutes Stars were desperately unlucky not to be awarded a penalty when Siyabonga Zulu’s goal-bound header from a corner kick was clearly handled by Arrows substitute Nkosinathi Mthiyane.