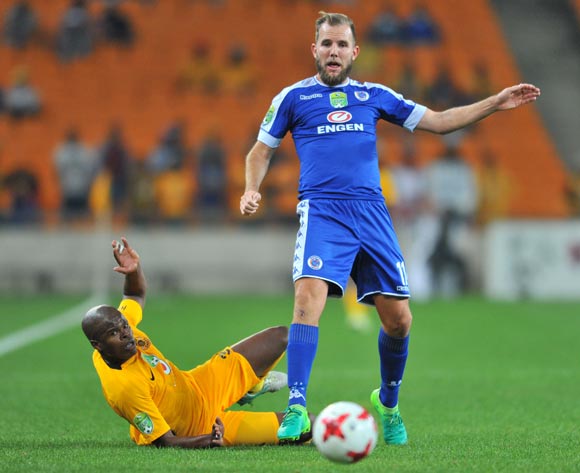 SuperSport United booked their place in the Nedbank Cup semi-finals following their 5-3 win on penalties over Kaizer Chiefs on Saturday night.

This was after the quarter-final clash ended in 1-1 stalemate at the FNB Stadium in the city of Johannesburg.

Reyaad Pieterse, the SuperSport goalkeeper was called into action just a minutes into the match and he left his line to collect Chiefs winger Joseph Molangoane, who had made a good run.

At the end other end in the 27th minute, Chiefs keeper Itumeleng Khune was forced to come of his line to get to the ball first, before SuperSport striker Jeremy Brockie could pounce.

Both sides were creating half chances, but Matsatsantsa applied pressure on the Amakhosi defence towards the end of the first-half with Jeremy Brockie leading their attack.

However, Reneilwe Letsholonyane missed the target from close range, before Thuso Phala was denied by Khune. As a result the score was 0-0 during the half-time.

The second-half was more entertaining as SuperSport took control of the match - pressing the Chiefs with New Zealand international Brockie looking lively for the visitors.

The SuperSport centre forward saw his well-taken volley saved by Khune in the 71st minute, but he redeemed himself by scoring from the resultant corner-kick to make it 1-0 to the visitors a minute later.

But Ramahlwe Mphahlele had other ideas as the Chiefs headed home William Twala's cross to make it 1-1 for SuperSport in the 81st minute - taking the match into extra-time in the process.

Chiefs were handed a penalty after SuperSport captain Dean Furman had handled the ball in the box in the first-half of extra-time. But Bernard Parker was denied by Pieterse from the spot-kick.

The encounter ended in a 1-1 stalemate after extra-time and a penalty shootout followed on the night.