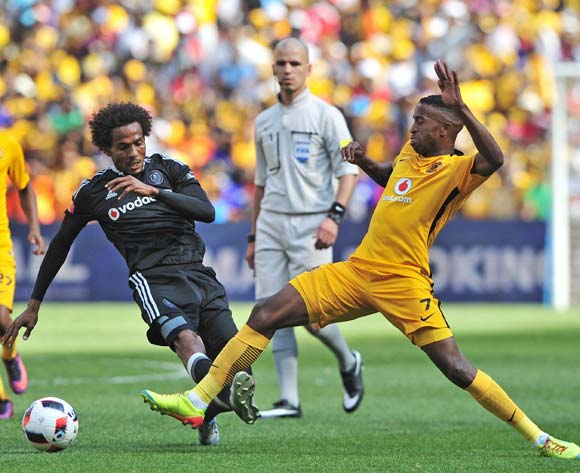 Kaizer Chiefs coach Steve Komphela has admitted that using William Twala late in their Nedbank Cup match against SuperSport United was his fault.

Amakhosi lost 5-3 to Stuart Baxter's men on penalties in the Last Eight of the Ke Yona competition after 120 minutes of action ended 1-1 at FNB Stadium on Saturday evening.

After the match, Komphela said they should have used the former Chippa United winger more to cause troubles for the Tshwane defence.

“Even before we could go to the deciders on penalties‚ there was a penalty we got towards the end of the first half of extra time that we could not convert. And it would have been a different scenario‚" Komphela said after the match.

“But I thought even in the first half‚ we never had much space to play with‚ especially centrally. SuperSport sat very well‚ and they had a nice block that we could not penetrate.

“In the second half we had to think and find a way to get behind them. And we tried stretching the game‚ putting Twala in there‚ with 'Rama' (right-back Mphahlele) occasionally going through.

“What I thought we could have done better on the night was to use Twala more. Because each time he was wide he had a bit of space.

“As for the rest‚ whatever we say counts for nothing. And penalties‚ as much as they are a lottery‚ we lost them. It's just disappointing that we had to go out in this manner.”

Having lost an opportunity to lift a trophy this season, the Soweto giants will now hope to challenge for the Absa Premiership title.

On Tuesday night, they are away to log leaders Cape Town City for their second round assignment at Cape Town Stadium. Kick-off is at 19:30.