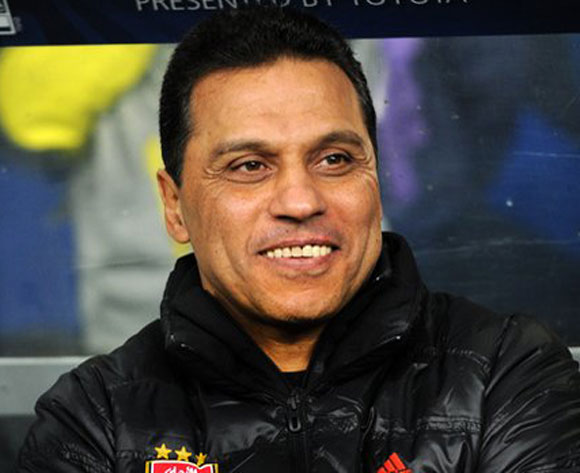 Al Ahly coach Hossam El-Badry has been fined by the Egyptian Football Association for bringing the association into disrepute.

Reports in Egypt reveal that El-Badry, his assistant and one player have all been disciplined with fines and suspensions.

Ahly was stunned in their 1-1 draw against El-Entag as the Red Devils were 'not in top form', thus ending their seven match winning run in the Egyptian Premier League.

AUBAMEYANG: WHY SIGNING MANY AUTOGRAPHS DOESN'T ANNOY ME

However, El-Badry has been hit with a two-game suspension and a 5,000 EGP fine for his "unacceptable way of objecting" to a referee at Sunday's El-Entag El-Harby game.

Ahram Online.com said the EFA competition committee announced its decision on Tuesday in response to the behaviour of some Ahly and El-Entag El-Harby team members during the league game.

El-Badry who was sent off the pitch for looking referee Mahmoud Ashour up and down, a gesture Ashour reportedly deemed offensive.

On the other hand, his assistant Sayed Mowad, was hit with an eight-game suspension and an EGP 10,000 fine for physically pushing the referee.

Midfielder Hossam Ashour has also been hit with a four-game suspension and a 5,000 EGP fine for "behaviour" against the referee.

Furthermore, the EFA has also disciplined El-Entag's assistant coach Mohamed Abdullah with an EGP 1,000 fine and is suspended for one game after "arguing with the referee and wasting the game's time."

The website suggests that both, Mowad and El-Badry have issued an apology for their bad tempers during the game.