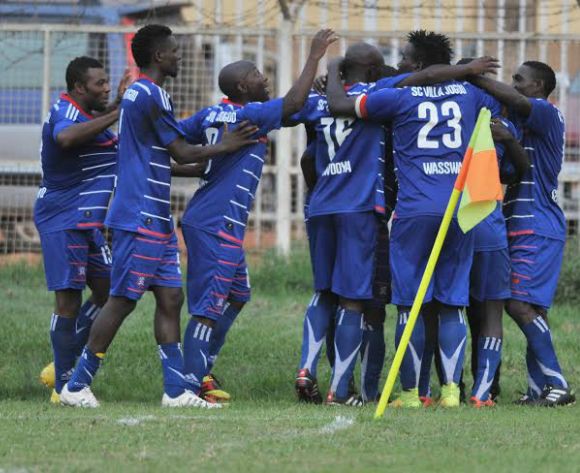 Sports Club Villa managed a 2-0 win away to Soana FC in an Azam Uganda Premier League match played on Saturday at the Kavumba Recreational Stadium.

Star striker Emmanuel Okwi was sent off for SC Villa after 76 minutes together with Soana’s Sirajje Turyamuhebwa after an off the ball incident.
Okwi who has netted 10 goals in the League now after moving back from Denmark early this year was involved in the first goal after he put the Soana FC defenders on pressure and John Muwanguzi netted an own goal after five minutes.

Later after 36 minutes Umar Kasumba made it 2-0 for SC Villa with a well taken strike. The home side tried to fight back strongly but failed to get the goals.

At the Champions Stadium in Mwererwe, Matugga, Bright Stars FC and Proline FC settled for a 1-all draw. Nelson Senkatuuka gave the visitors Proline FC the lead after 4 minutes before Fred Segujja leveled matters after 27 minutes.

“I am happy that my players are playing their hearts out in these few remaining games in the League to get vital points,” said Proline FC coach Mujib Kasule after the game. Proline FC are eighth on the log, while Bright Stars FC follow in ninth place.