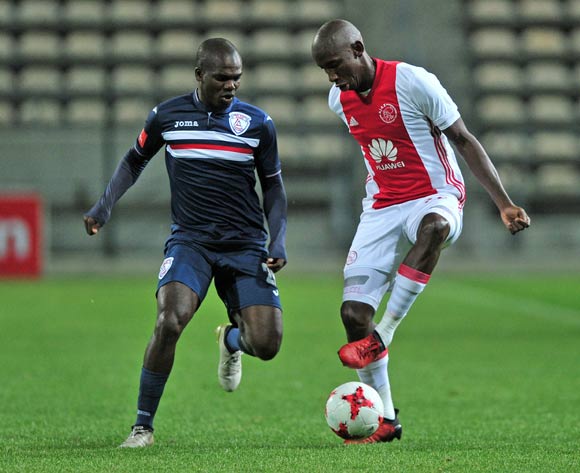 Ajax Cape Town will target a hat-trick of Absa Premiership wins when they host Bloemfontein Celtic at Cape Town Stadium on 13 May 2017, kick-off at 20h15.

Ajax claimed a second straight league win when they defeated Chippa United 1-0 away on May 6.

The Cape Town side has claimed 18 points from 13 home matches this season.

The Urban Warriors are placed eighth on the Absa Premiership log with 32 points from 27 matches.

Celtic played to a fifth draw from their last six league matches when they were held 0-0 at home by Orlando Pirates on May 10.

The Bloemfontein side has claimed 16 points from 13 away matches this season.

Phunya Sele Sele are placed 12th on the Absa Premiership log with 27 points from as many matches.

The Urban Warriors have 12 wins compared to 10 for Phunya Sele Sele, while seven matches have been drawn.

Ajax have won nine of their 14 home league matches against Celtic, suffering one defeat in the process.

When the teams met earlier this season, the Urban Warriors claimed a 3-0 away win in Bloemfontein.