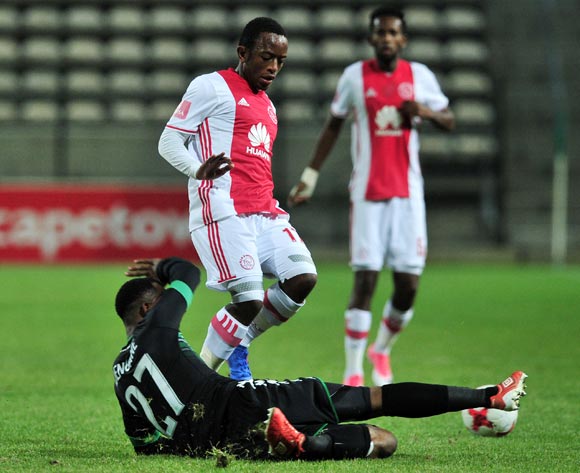 Ajax Cape Town moved back up to eighth place on the Absa Premiership standings following a 2-0 win over Bloemfontein Celtic at Athlone Stadium on Saturday evening.

Prince Nxumalo and Bantu Mzwakali with the goals for the Urban Warriors as they extended their winning run to three matches. Victory also bettered their incredible home record against Siwelele, having only lost on one single occasion in the Mother City to he men from the Free State province.

The hosts found themselves two goals up within 20 minutes - Nxumalo opening the scoring after four minutes.

Mzwakali sparked a flowing move from midfield, setting Neo Makua free down the left flank, the man-of-the-match cut in field before feeding Nxumalo who weavhed past Patrick Tignyemb before finding the back of the net.

Goal scorer turned provided in the 19th minute as Nxumalo pierced the Phunya Sele Sele defence before setting up Mzwakali who walked the ball into an open net.

Brandon Petersen was on hand to make sure of a 2-0 lead at the break - the goalkeeper, who has now kept three successive clean-sheets, with two good saves to deny Fiston Abdul Razak and Lyle Lakay.

Siwelele dominated territory in the second stanza, but failed to provide the finishing touches to a succession of chances.

Alfred Ndengane, Ayanda Dlamini and Lantshene Phalane all wasteful in front of goal for the visitors as they remain in 12th place on the log standings.