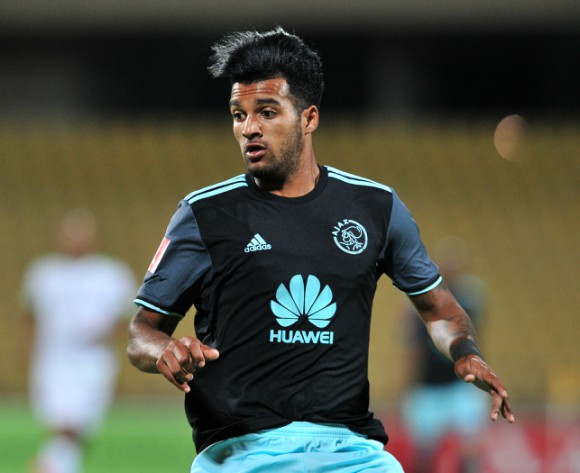 South Africa Under-20 defender Shane Saralina is looking forward to representing his country at the 2017 U20 World Cup finals in South Korea.

Saralina discussed his many highs and lows in the Amajita squad after missing this year's U20 Africa Cup of Nations (AFCON) finals in Zambia.

The Ajax Cape Town starlet spoke to the South African Football Association (SAFA) Media ahead of the global tournament which will be played from 20 May - 11 June.

SAFA Media: Shane, thank you for your time. You are in the FIFA u20 World Cup squad, how do you feel?

Shane Saralina: I was speechless because of excitement when the coaches told me I was in the final squad for the World Cup. I was not part of the team that participated in the CAF u20 Africa Cup of Nations tournament, and to be honest, I was very disappointed, but football makes you grow a tough skin. When I was dropped for the AFCON I went back to Ajax Cape Town and worked hard to regain my place. I was very proud of my teammates for qualifying for the FIFA U20 World Cup and that also encouraged me to up my game.

When I received my call up for the World Cup preparations, I knew that I had another chance to prove myself to the coaches because they believed in me enough to recall me into the team, so I am really honoured to be in Korea. I hope I will get a chance to play during the World Cup, as this will be a dream come true.

SAFA Media: What do you think finally got you included into the final squad?

SS: Hard work, dedication and perseverance. These are attributes all footballers need to have, along with support from family. Everything in life needs these three attributes. When you focus on your goal and not allow obstacles to come your way, you can achieve the impossible.

I also believe that players need to listen to what the coaches tell them because they are our mentors and want the best out of us. Coaches inform us about what areas of work need improvement and it is up to every individual to either see the advice as criticism or encouragement.

SAFA Media: At this level of football development, many people do not get to know a player’s story until they make it to the professional league. Tell us a little about who Shane is, where you come from and how you fell in love with the beautiful game?

SS: Well, Shane is a quiet and humble gentleman. I am from Mitchells Plain, Western Cape. I am the first born in my family and have two sisters. I started playing football at the age of seven for Cedre United where I lasted only a few months.

Then I moved to Ikapa United and this is where my foundation of football was developed. Unfortunately I had to go back to my previous club Cedre United because my family could not afford the travelling costs.

In 2010 we played in a tournament that Ajax Cape Town was also participating in. Their scouts liked me and took me to the club. I have now been a part of Ajax Cape Town for seven years and was promoted to the senior team last season. I can proudly say I have made my professional debut, which I waited for for many years.

Off the pitch I am generally very quiet, but I am a team player and like to motivate my teammates, by letting them know that they are good players.

SAFA Media: What do you hope to achieve in the world cup and immediately afterwards?

SS: As an individual, if I get to start a match in the tournament, that would be a great achievement, and this is highly possible as I am putting in a lot of hard work at training. As a team, we need to do our best to win our first match, and if we can do that we will set a standard for ourselves that only we can surpass.

The 2009 Amajita squad managed to win one group stage match, so if we are able stick to our game plan we will be able to do better than they did.

Immediately after the World Cup I would like to join a team abroad, failing which I need to ensure that I become a regular at Ajax Cape Town in the coming season. From a personal point of view, I would like to help family to move to a better place.

SAFA Media: You are currently in Suwon, South Korea. What do you make of the place?

SS: Travelling is always very interesting because as much as there are so many different things in other countries, many more things are the same as back home.

We have been struggling to sleep because the time difference is so huge, but day-by-day we are getting used to the adjustment. The weather here is like back home and I am glad that it is warmer in Suwon as they are approaching the summer season, and one has to forget a bit about the winter season we left back home.

SAFA Media: Shane, congratulations on making the final squad and all the best for the FIFA U20 World Cup.