Jesse Were out to help Zesco in CAF Confed Cup 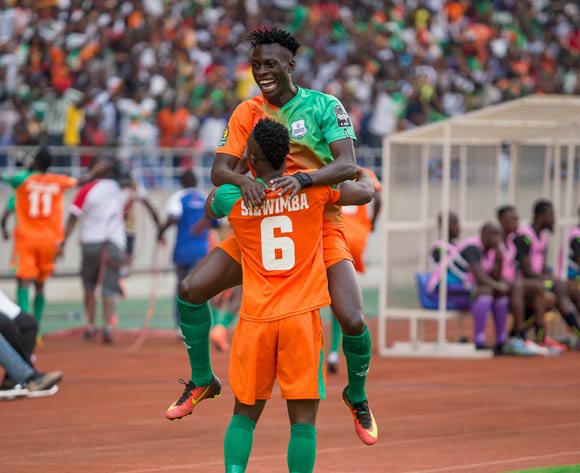 Zesco United striker Jesse Were insists they have a chance to do well in the CAF Confederation Cup as they started their campaign on a high this past weekend.

Speaking to the Zambian media, Were said they want to build up on their 2016 CAF Champions League semi final finish.

The lanky forward has vowed to help his team advance further in the competition as they will travel away to Al-Hilal Obeid on Wednesday, 24 May.

“Last year it was the semi-final, so this year we want to go a step more in front and that will be the final,” said Were to the Daily Mail.

“We are praying for that and we are waiting for that but we just have to take each game one by one.

“For me, my target is first the team. The team must do well and if I score goals, that will be a plus for me because I want to help the team move further.”

Were netted four times in the 2016 CAF Champions League campaign and has already scored three goals in the CAF Confederation Cup this year.

On the other hand, Were said the morale is now back in the team as they shift their focus back to the Zambian Super Division with a clash against City on Lusaka on Friday.

In Group C, Zesco and Recreativo Libolo of Angola have three points apiece, with Libolo having overcame Sudanese side Al Hilal Obeid 1-0.