Komphela says Kaizer Chiefs miss Katsande when he is unavailable 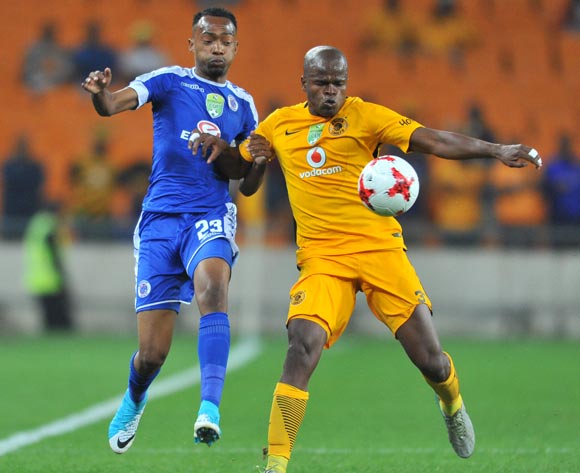 Amakhosi lost to the Citizens for the first time since City's history in the Absa Premiership, but Komphela believes they would have won if Siphiwe Tshabalala and Katsande were playing.

Although they succumbed to a Thapelo Tshilo's solitary goal, the former Chiefs defender said they went into the match hoping to bag a win.

In the wake of 'Shabba's' absence, Komphela gave Hendrik Ekstein a chance in the middle of the park whilst Keagan Buchanan replaced Katsande.

“We missed Katsande because he gives you an added advantage with his robustness in the middle of the park," Komphela tells KaizerChiefs.com.

"Tshabalala was also out and that gave Hendrick Ekstein a chance to play and he also did well.

“Buchanan played well. He didn’t have match fitness, but he commanded himself well under the circumstances.

“We have started to check certain pieces to give us clarity on individual players and combinations."

Although they have to face Platinum Stars in the league in their midweek encounter, Komphela will have to motivate his troops to bag the full three points.

The Naturena-based side occupy the fifth spot with 47 points from 28 matches and will finish their 2016/17 campaign with a match against Bidvest Wits.

The encounter against Platinum Stars is set to be played at the Royal Bafokeng Stadium on Wednesday at 19:30.