We won’t relax against Gabon - Ghana U-17 coach 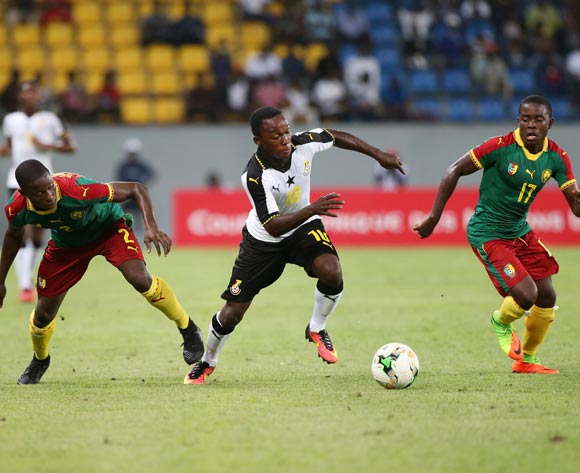 Ghana’s U-17s will not be taking it easy against their Gabonese counterparts when the teams meet in the junior AFCON later today, according to coach Paa Kwesi Fabin.

Gabon, the hosts of the ongoing Africa U-17 Cup of Nations, suffered a 5-1 thrashing at the hands of Guinea in their opening Group A game this past weekend.

This leaves Fabin’s side as the clear favourites coming into the match, but the Ghana coach insists that his side is taking nothing for granted.

“We are not going to relax our game against Gabon simply because they lost to Guinea in the opening match of the competition,” Fabin told CAF’s official website.

“Rather, we are going to display the same attitude and alertness as we did against Cameroon because Gabon is not going to be a cheap team; and we are not going to underrate them.”

He added, “Of course, our speed on the ball and technique is our trump card but football is about being pragmatic; we have prepared the players for all kind of eventualities on the field.

“Football is not only about winning and we have shown them all kind of possibilities and luckily for us, we lost our last training match in Burkina Faso which was an eye opener to the players.”