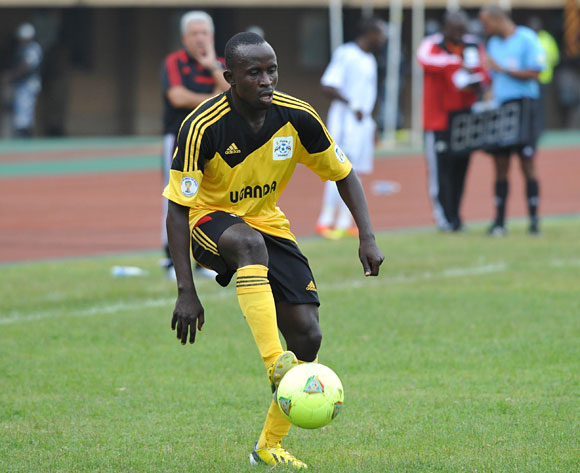 Hamis Kiiza of Uganda during the 2014 World Cup Qualifier football match between Uganda and Angola at the Mandela Stadium, Namboole, Kampala on 15 June 2013 ©Ismail Kezaala/BackpagePix

Former Free State Stars striker in the South African Absa Premiership, Deigo Kiiza has signed a one year contract with a top Sudan Premier League side.

The Ugandan striker who was released by Free State Stars early this year signed the contract with Al Hilal Elobeid FC on Tuesday afternoon in Khartoum.

“I am taking this transfer as a step to make my football career better and also to establish my self in the national team,” said Kiiza.

The striker signed in the presence of club officials and his agent Sulaiman Mutyaba.

“This is very good for Kiiza as he fights to get back to the national team as we hope that he will get enough playing time. I am happy to have accomplished this move for Kiiza,” Mutyaba told AfricanFootball.com.

After his return from South Africa early this year, Kiiza featured for Azam Uganda Premier League side, Uganda Revenue Authority Football Club where he scored some important goals.

Mutyaba, a former player with Sudan giants El merreikh and Uganda’s Express FC and Vipers SC said that Kiiza will now be able to feature for his new club in the second group game of the CAF Total Confederations Cup.

Kiiza, a sharp striker who has been in and out of the Uganda Cranes joined Tanzania’s Young African in 2012 where he spent four seasons before joining another top side Simba SC in Tanzania for the 2015-2016 season. He later moved to Free State States in South Africa before his contract was terminated.