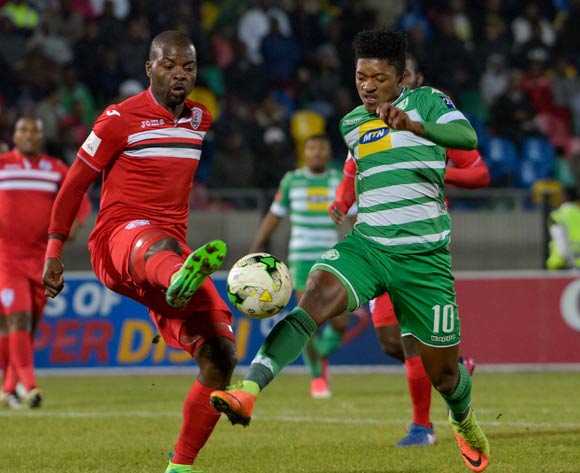 Bloemfontein Celtic and Free State Stars played to a tense 0-0 draw in their Absa Premiership clash at Dr Molemela Stadium on Wednesday.

The result leaves Phunya Sele Sele and Ea Lla Koto in 12th place on 28 points and 14th place on 27 points respectively - neither has secured safety from relegation.

The teams effectively cancelled each other out in the first 45 minutes, with neither Patrick Tignyemb nor Thela Ngobeni particularly troubled in their respective goals.

Celtic struggled to get the likes of Musa Nyatama, Tshegofatso Mabaso and Dumisani Zuma into space with the ball, while Stars’ attempt to sit back and hit on the counter didn’t work nearly as well as it did against Bidvest Wits last week.

The hosts saw half chances for Lyle Lakay and Lantshene Phalane, while Ea Lla Koto’s best chance came toward the end of the first half and saw Thokozani Sekotlong presented with a shooting chance, but he struck the ball wide of the mark.

The status quo continued in the second half, with the bumpy pitch at the Bloemfontein venue certainly not assisting either team in their attempts to find a way through their opponent’s defence.

In the end,the teams were forced to settle for a 0-0 stalemate which leaves them both placed above the relegation zone, but still far from safe as they head into the final round of the championship later this month.

Celtic will end the season with a match away to Maritzburg United, while Stars will host Chippa United. Both fixtures, as well as the other six in Round 30, will be played on May 27 at 15h00.