Guinea Under-17 forward Djibril Fandje Toure produced another impressive display at the 2017 U17 Africa Cup of Nations finals in Gabon this week and will look to further inspire his country.

The teenager was voted Man of the Match after scoring during Guinea's 1-1 stalemate with Cameroon in their second Group A match on Wednesday.

The draw saw Guinea remain second on the group standings - two points behind the leaders, Ghana. Toure, who scored a hat-trick against Gabon in their first game, discussed his great form.

"This is my first major competition and I'm really happy that I won the Man of the Match Award in a very difficult contest against Cameroon," Toure told CAF Media.

"Scoring a goal and three in our first match against Gabon was a reward for the good job the coach has done on us.

"I want to thank the coach for relying so much on me and this would make us work better for the last game against Ghana."

A win or draw for Guinea against Ghana in the final group match on Saturday, will be enough to send the former to the semifinals.

The match will take place at the Stade de l'Amitié Sino-Gabonaise in Libreville. Kick-off is at 19h30. 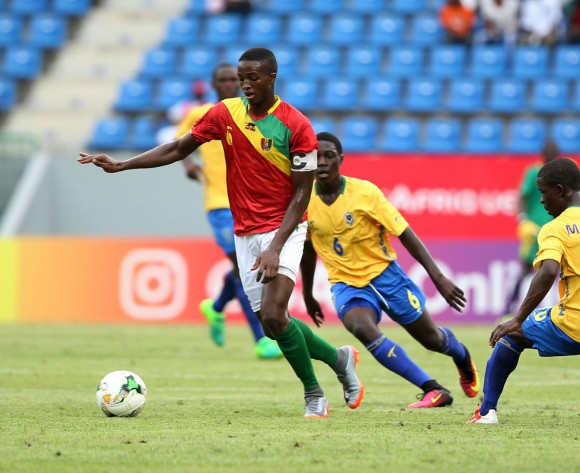