Cameroon out to demolish Gabon 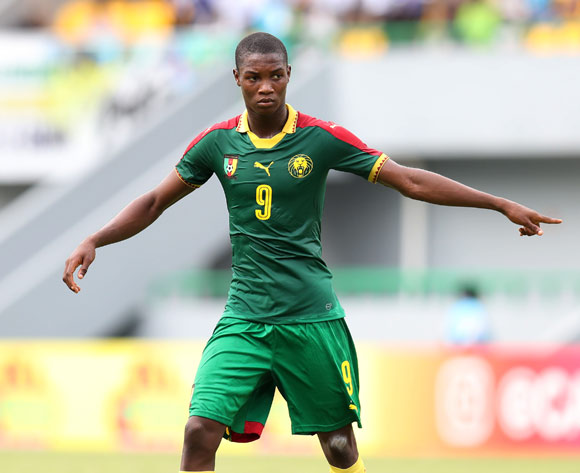 Stephane Thierry Zobo of Cameroon during the 2017 Under 17 Africa Cup of Nations Finals football match between Guinea and Cameroon at the Port Gentil Stadium, Gabon on 17 May 2017 ©Muzi Ntombela/BackpagePix

The Young Indomitable Lions of Cameroon will be hoping to keep their 2017 U-17 CAF Africa Cup of Nations semifinal hopes alive when they meet Gabon on Saturday.

Cameroon are set to exit the tournament without a win if they fail to register a victory over the hosts come Saturday.

The final Group A match presents an opportunity for the Cameroonians to ease their bad run in the junior continental showpiece.

They have lost 4-0 to Ghana in their opener last Sunday and drew 1-1 against Guinea on Wednesday, but that is not enough.

On the log table, they occupy the third spot with one point from two matches – a win will boost their chances to reach the knockout stages and also go to India for the 2017 FIFA World Cup.

However, Cameroon will have to hope that the result between Guinea and Ghana goes their way on Saturday.

"This is competition and we still have the possibility of going through with this result," Ebwelle said.

"We can look forward to our last group match against Gabon with great hope, anything is still possible.

"We are still hopeful and we need to score more goals in the next match to have a mathematical chances of going through."

Looking at the hosts, Gabon are also struggling in the tournament and have disappointed their home crowds.

They have already lost two of their matches, first a 5-1 to Guinea followed by a 5-0 defeat against Ghana on Wednesday.

Coach Pierre Mfoumbi will now have to motivate his side and ensure they exit the tournament with a win to save their pride.

Sitting at the bottom of the group with zero points from two matches means they are out of the race to reach the semifinals.

The match will be hosted at Stade de Port-Gentil in Port-Gentil. Kick-off is at 19h30 CAT.