Suleiman fires Tanzania U17 to Group B summit 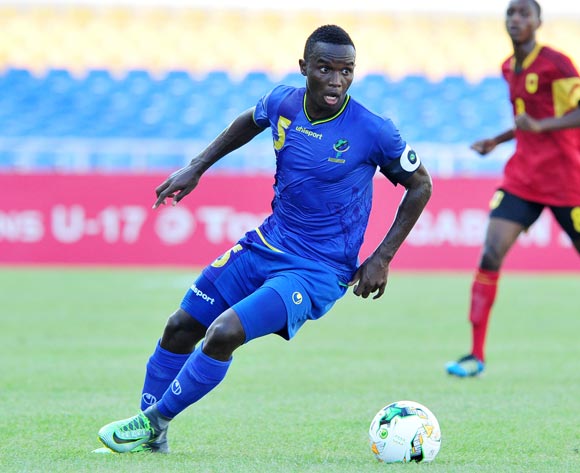 Tanzania edged out Angola 2-1 in the 2017 Under-17 Africa Cup of Nations (AFCON) Group B match at the Stade de l'Amitié Sino-Gabonaise in Libreville on Thursday afternoon.

The victory took Serengeti Boys to the top of Group B table, while the Junior Palancas Negras slipped down to the fourth spot.

The match got off to an exciting start and Serengeti Boys grabbed an early lead after the Junior Palancas Negras defence was caught napping.

Sepengeti Boys played a short corner-kick and the ball was crossed into the Angola box, and Kelvin Naftal headed home to make it 1-0 to Tanzania just five minutes into the game.

Tanzania had started brightly - applying some pressure on the Junior Palancas Negras defence, but they conceded against the run of play.

Pedro Domingos Agostinho was the young man, who hit the back of the net, with a good finish in the 17th minute - making it 1-1 for Angola .

The goal boosted Junior Palancas Negras' confidence and they started attacking in numbers as they looked to take the lead for the first time on the day.

However, Tanzania captain Dickson Nickson Job and his troops were able to contain Angola, and the score was 1-1 during the half-time break.

The Serengeti Boys were the better side in the early stages of the second-half as they did most of the attacking against the Junior Palancas Negras.

The East African nation deservedly restored their lead eight minutes after the hour-mark as the Junior Palancas Negras defence was exposed once again.

Abdul Hamisi Suleiman, who had found himself unmarked inside the Angola box, netted with a powerful left-footed shot to make it 2-1 to Tanzania.

The Serengeti Boys continued to pile some pressure on the Junior Palancas Negras backline in the closing stages of the group encounter.

However, Angola stood firm at back at the back in the dying minutes of the match and ultimately, Tanzania secured a 2-1 win.