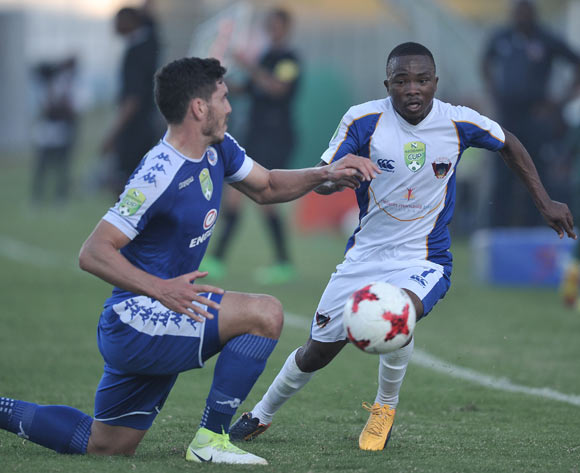 Chippa United saw their Nedbank Cup campaign coming to an end when they lost 4-2 on penalties to SuperSport United in the semifinal on Saturday afternoon at the Sisa Dukashe Stadium.

Although Rhulani Manzini and Sandile Zuke missed their penalty kicks, Andile Mbenyane and Diamond Thopola converted from the spot, but it was not enough for them to reach the final.

In the wake of the loss, Chippa will exit the shopwiece and will have to focus on their Absa Premiership final match against Free State Stars.

However, as early as the opening five minutes, Dan Malesela's charges pushed for an opening goal as Morgan Gould produced a wonderful tackle to deny Xolani Mdaki.

SuperSport bottled up their hosts in the first 15 minutes, not allowing them to play their normal game, but their decision making left a lot to be desired in the box.

In the 27th minute, Chippa dispossessed the visitors on the edge of the area, yet Zuke failed to hit the target as he tried to chip the oncoming goalkeeper Ronwen Williams.

Despite a shaky defence from the Tshwane side, Chippa failed to take advantage in the last five minutes of the opening half.

The second stanza saw the visitors continuing with the same energy, Jeremy Brockie beat his marker on the right flank to set up Thuso Phala in the 64th minute, but his shot went high over the crossbar.

Substitute Manzini nearly made an immediate impact in the 70th minute, only to see his beautifully struck left-footed shot sailing inches wide.

In the last two minutes, Stuart Baxter' men pushed harder for a winner, but Masango's shot hit the side of the net from a tight angle.

There were no goals after 90 minutes and the match went to the extra time, yet in the beginning Menzi Masuku wasted a great counter attack opportunity, allowing Williams to come out and collect the ball.

Thirteen minutes into the first half of the extra time saw the defending champions looking to bag their lead, yet Masango missed from close range after erratic defending in the box by the hosts.

The second stanza of the extra time saw Chippa giving United a scare after a brilliant move in the midfield was completed by Zephaniah Mbokoma's effort which shaved the woodwork, with Williams beaten.

In the wake of the victory, the Tshwane giants now stand a chance to face either Orlando Pirates or Golden Arrows in the final to be staged in Durban on June 24.