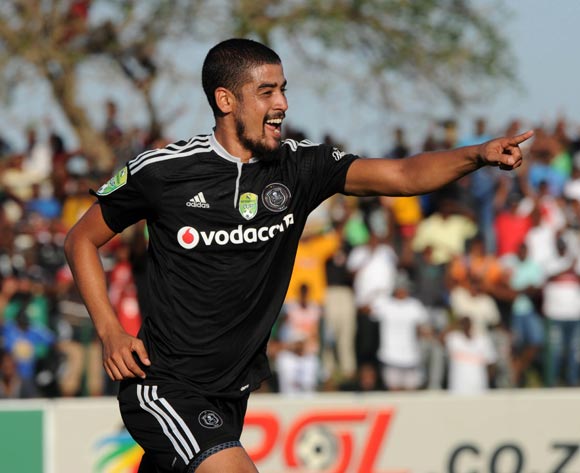 The Buccaneers will now face SuperSport United in the final at the Moses Mabhida Stadium on the 24th of June 2017.

Pirates goalkeeper Jackson Mabokgwane was called into action just eight minutes into the game and he denied Arrows midfielder Nduduzo Sibiya from a free-kick.

At the other end, Arrows keeper Nkosingiphile Gumede had to be alert as Pirates defender Marc Van Heerden played a free-kick which was saved by the former seven minutes later.

However, the lanky shot-stopper was beaten in the 33rd minute when Mpho Makola's free-kick found Abbubaker Mobara, who headed past Gumede to make it 1-0 to Pirates.

The Buccaneers managed to contain Abafana Bes'thende in the remaining minutes of the first-half and Pirates were 1-0 up during the half-time break.

Dove Wome, the Pirates forward, tried his luck from range in the 54th minute, but his attempt was well saved by Gumede as the visitors looked to double their lead.

Ineffective striker Knox Mutizwa was pulled out for Sibusiso Sibeko by Arrows coach Clinton Larsen in the 63rd minute as Abafana Bes'thende looked to pile pressure on the Pirates defence.

However, the home side were struggling to penetrate the Pirates defence which was marshalled by Happy Jele in the closing stages of the entertaining Cup encounter.

Pirates stood firm at the back in the dying minutes of the match and they emerged 1-0 winners in the city of Durban on the day.