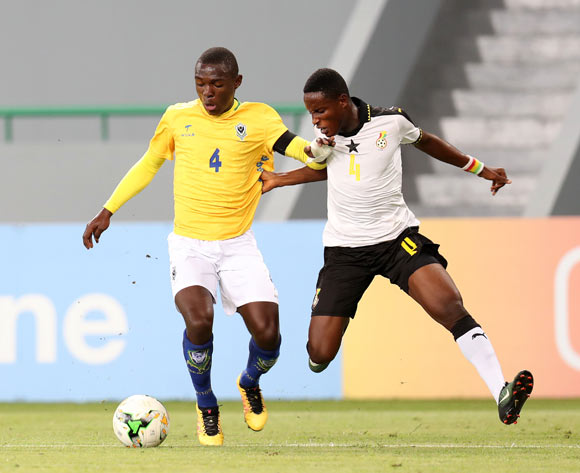 Edmund Arko Mensah of Ghana challenged by Aziz Giroly Bourobou Mombo of Gabon during the 2017 Under 17 Africa Cup of Nations Finals football match between Ghana and Gabon at the Port Gentil Stadium, Gabon on 17 May 2017 ©Muzi Ntombela/BackpagePix

Ghana have reportedly been struck by malaria at the ongoing Africa U-17 Cup of Nations, with at least five players contracting the disease.

GHANASoccernet reports that coach Paa Kwesi Fabin has been struck by the malady, while Edmund Ako-Mensah, Gideon Acquah, Abdul Razak Yusif, Isaac Antah and Faisal Osman have been named as the affected players.

The news comes as a major blow to the Black Starlets ahead of their semifinal clash with Niger in Port-Gentil on Wednesday afternoon.

Ghana topped Group A of the competition after wins over Cameroon and hosts Gabon, followed by a goalless draw with fellow semifinalists Guinea.