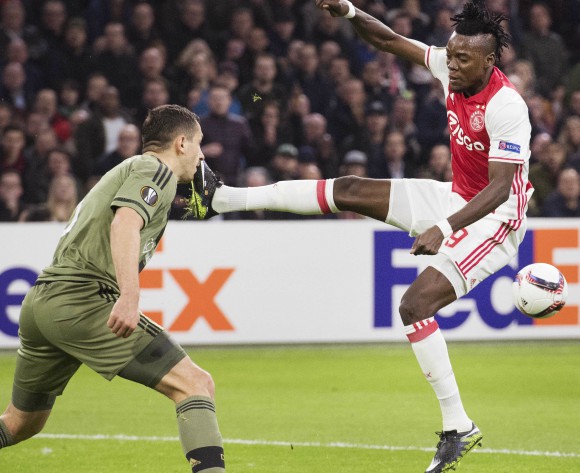 The clubs will meet in Stockholm for the UEFA Europa League final, with Traore looking to continue the strong form which has brought him 13 goals in 36 appearances across all competitions for the Dutch club this season.

Traore is currently on loan at Ajax from Chelsea and has explained that he has great respect for Mourinho, who was the manager at the Blues when the Burkina Faso youngster was breaking into professional football.

"For sure, I'll give him a hug," Traore told the Daily Mirror in regards to Mourinho.

"I'm excited to see him. Since he left Chelsea I haven't met with him so it will be good to see him.

"But I also have to score against him. This final is very important for us and our young careers.

“We are a young team hungry for success so it is a dream to play in this game and to win it would be a really big thing for us.

"I owe Jose Mourinho a lot because he was the one who took me on a preseason tour at 17 and gave me the opportunity to score goals, and then he and club decided to give me a professional contract and send me on loan to Vitesse Arnhem [in January 2014].

"I had a great one-and-a-half years at Vitesse and he called me back to the first-team squad and I got opportunities, even if I didn't play a lot before he left.

"I wish he could have stayed longer but he left the club and now in Stockholm he has to do his job and I have to do mine.

“You accept it. But for sure, I'll be happy to meet him in Stockholm - although if I score he might not be so pleased to see me."