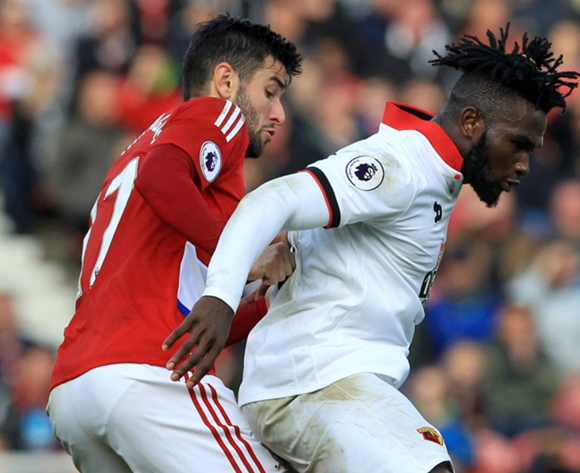 West Ham United are keen on signing Watford’s Nigerian striker Isaac Success, according to a representative of the player.

The Super Eagles man was a peripheral figure for Watford under manager Walter Mazzarri, who has since parted ways with the Premier League club, and he is seeking assurances that he will see more playing time next season.

“'It is true that West Ham are interested in signing Isaac Success. If he is not promised first team opportunities he will move before the window closes,” BJ Foundation boss Douglas Idahoso told Allnigeriasoccer.com.

The website also reports that the agency which is handling the talks on behalf of Success counts West Ham players Michail Antonio and Aaron Cresswell among their clients.

The 21-year-old Success will turn his attention to international football with Nigeria in the coming days as the Super Eagles tune-up for an Africa Cup of Nations qualifier against South Africa next month.