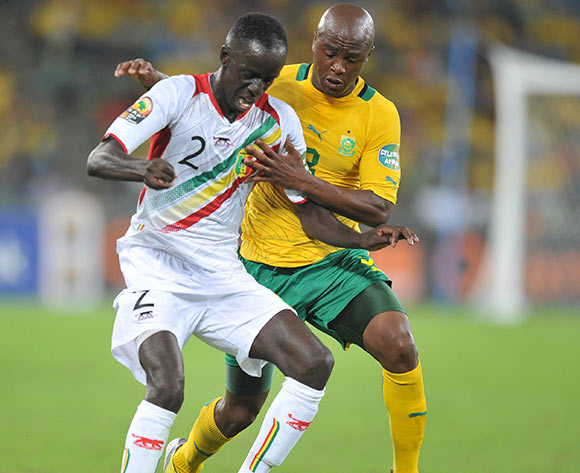 Fousseni Diawara of Mali challenged by Tsepo Masilela of South Africa during football match between South Africa and Mali Quarterfinals of the 2013 Africa Cup of Nations Finals at the Moses Mabhida Stadium in Durban , February 02 , 2013

Former Saint-Etienne and Mali player Fousseni Diawara has praised the influence of Christophe Galtier at the club and backed Claude Puel as a possible replacement.

Galtier is set to leave the Stade Geoffroy-Guichard after nearly eight years in charge, leaving the French Ligue 1 giants looking for a new manager.

And Southampton’s Puel has been linked with the job, with the Frenchman reportedly expecting to leave the Premier League club after an underwhelming campaign at St Mary’s.

Diawara, who played for Saint-Etienne from 2000 to 2007 and was part of Mali’s squads at four Africa Cup of Nations tournaments, believes Puel would be a good replacement for Galtier.

Diawara told Envertetcontretous: "There are a lot of rumours. But first of all, one must congratulate [Galtier’s] work.

“He has re-branded ASSE by qualifying the team four times in a row in the European Cup.

“No one imagined that when he arrived. We must congratulate him and the public was not mistaken giving him a standing ovation in the last game, I was present.

"Rumours? We must not be mistaken. We talk about Claude Puel, who knows the French championship well, is someone who knows the operation of Ligue 1, the players, the environment, the stadiums. He also loves young people.

"We need to focus. The directors, those who take care of it, will take time to think about the matter."