80th Anniversary and their WORST season... what went WRONG at Orlando Pirates? 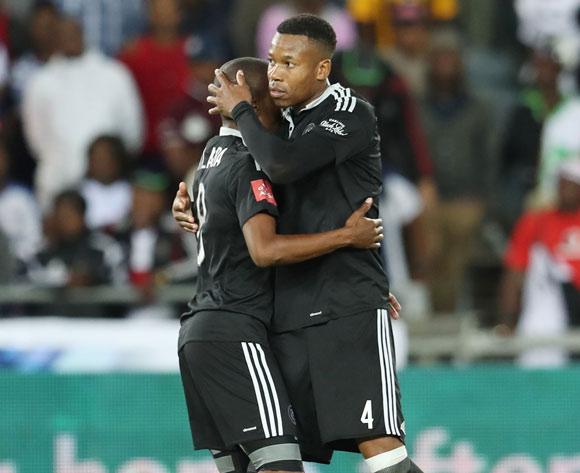 On the year of their 80th anniversary Orlando Pirates have suffered one of their worst ever seasons as they failed to qualify for the South African MTN8 competition for the first time in their history.

Some would say the mighty have fallen and some would argue that South African football team's drop in form this season was expected.

The 1995 CAF Champions League winners have endured a terrible season, one of the worst in their history.

Below are a few reasons that the Buccaneers have become a bad team overnight and why they failed to ignite this past season.

The former Bafana Bafana international and current Cape Town City coach (a team he guided to third place in the South African top flight this season) was a highly influential and effective coach.

After two tough campaigns on the African continent (the 2013 Champions League and their 2015 Confederation Cup exploits) the Buccaneers looked a depleted side, and that was evident in their 2015/16 Absa Premiership season which saw the team struggling at the wrong end of the league table.

Tinkler, though, inspired his troops and successfully pushed the team to finish in the top eight after sitting in the relegation zone for the better part of their 2015/16 season.

The coach worked very hard to achieve that feat, but was given the boot - a poor decision by the club's hierarchy because the former Bafana midfielder seemed to be getting somewhere.

Following his axing the morale of the team appeared to dip and bad results followed.

MAMELODI SUNDOWNS CAF CL TRIUMPH: WHAT DOES IT MEAN FOR THE BIG THREE?

With due respect to the coach, despite his achievements and belief in youth development, Ertugral was a bad choice for the Sea Robbers.

Upon his arrival, we saw a number of players switching their allegiances and moving away from the club – that had a negative effect on the team.

Immediately when the Turk arrived, the cookie crumbled as things went from bad to worse because a number of players were released.

Defenders Rooi Mahamutsa, Tshepo Gumede, midfielder Lehlogonolo Masalesa and striker Lehlohonolo Majoro were among the casualties as they left the Soweto club.

Tinkler was quick to pounce on the displeasure at Pirates and brought Majoro and Gumede to Cape Town City where they proved to be extremely influential in a positive way.

With the mass exodus of key players Pirates seemed to lose their playing identity.

Changes in the team after Ertugral's arrival:

The arrival of goalkeeper Jackson Mabokgwane (along with Ertugral) from Mpumalanga Black Aces was a bad choice, adding to an already flooded department that had Felipe Ovono, Brighton Mhlongo and Siyabonga Mpontshane.

Upon the start of the new season Tendai Ndoro began like a house on fire, but things quickly fell apart when Pirates lost 6-1 to Amtsantsantsa and 6-0 to Mamelodi Sundowns.

The errors committed against the teams from Pretoria suggest there were problems in the camp as they conceded an extortionate amount of goals - they lacked unity and consequently the fans were getting frustrated.

We all know Mabokgwane was second choice at Aces as Ertugral preferred Shu-Aib Walters, but why did he sign Jackson at Pirates? What was different at Pirates?

Following the embarrassing losses, Ertugral resigned and the club roped in Kjell Jonevret from Sweden.

Poor defence and players in the wrong position:

The Buccaneers should have worked on fixing their defence this season, and seeing Gumede go was a big loss because he read the game and often neutralised the opponent's attack.

During the 2016 Olympics in Brazil he marked Neymar, and was highly impressive as they beat Golden Arrows in the Nedbank Cup semi-finals.

What Kjell has to do to fix the problem:

I foresee a number of departures at Pirates during the upcoming off-season as Kjell tries to sort out his defence.

The Belgian manager looks to be the right man for the club, but he must now focus on creating a team with a specific identity, and not a bunch of individual players.