Mutebi says they can defeat Rivers United in Nigeria 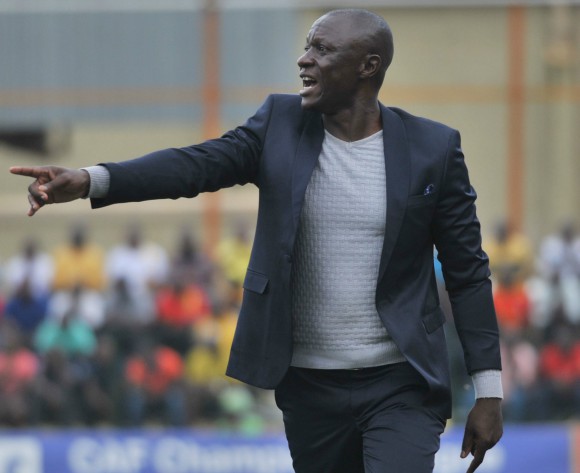 KCCA FC head coach, Mike Hillary Mutebi has said they have what it takes to defeat Rivers United FC on June 20th in their backyard.

Mutebi told AfricanFootball.com on Saturday after his side stopped the Nigerian Premier League side 2-1 in a Group A CAF Confederations Cup tie that they can do the same away from home.

“We over dominated them and should have scored even more goals because we created chances. But we need to improve and go to Nigeria more focused. We can get maximum points in Nigeria,” added the coach.

Two goals by in-form striker Derrick Nsibambi were enough to give KCCA FC a victory, while Bolaji Sakin netted the lone goal for the Nigerian side.

Mutebi explained that his striking force needs to improve and become more clinical because such a competition needs goals.

“We must go back to the drawing board and improve on the scoring,” he added.

The win sent KCCA FC to second place in Group A behind Morocco’s FUS Rabat who beat Club Africain 2-1 on Friday. Rivers United FC now slipped to bottom of the log.

However, Rivers United coach Stanley Eguma also promised that they will make use of their home advantage when they face the Ugandan side.

“KCCA FC is a good side, but we shall be better when we host them,” he added.