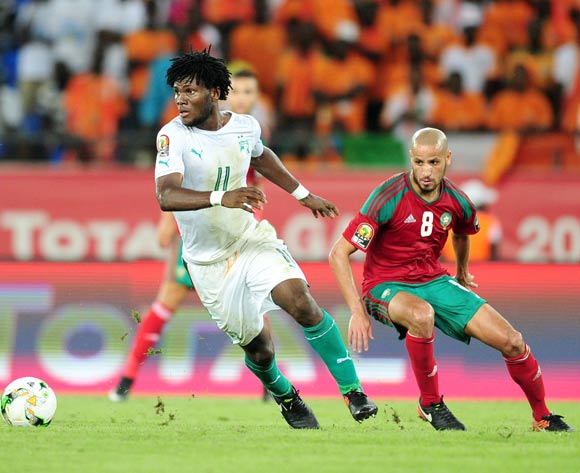 Ivory Coast and Guinea will get Group H of the 2019 Africa Cup of Nations qualifiers underway when they meet in Bouake on Saturday night. The match at Stade de Bouake is set for 22h00 CAT.

Ivory Coast have appeared at the last seven successive AFCON tournaments, with Tunisia 2004 the last time that they did not participate in the finals of the continental showpiece.

The Elephants, who won the AFCON in 2015 but made a group stage exit in their defence of the title earlier this year, will have their first competitive outing under Belgian coach Marc Wilmots.

His first friendly in charge was a disastrous 0-5 loss at the hands of the Netherlands this past weekend.

“Almost the entire starting line was unavailable. Four players made their debut. In other words, we knew it would be difficult,” Wilomts said in the wake of the heavy loss.

He added, “Our first half was good, but we physically weakened rapidly. We are building a new generation and need time. We now shift the focus to our match against Guinea.”

The Syli Nationale (National Elephants) have only qualified for two of the last five AFCON tournaments and missed the finals in Gabon earlier this year.

Coach Lappe Bangoura will be hoping for a strong start to the group stage and has selected a powerful squad, which includes notable returns for Kevin Constant and Ibrahim Traore.

Ivory Coast and Guinea have met in 18 official internationals according to FIFA’s statistics. The team in orange have claimed 11 wins compared to their counterparts’ three.

The teams’ most recent meeting was an African Nations Championship (CHAN) match in February 2016 which Ivory Coast won 2-1.

The other Group H match between Central African Republic and Rwanda will be played in Bangui on Sunday, 11 June.