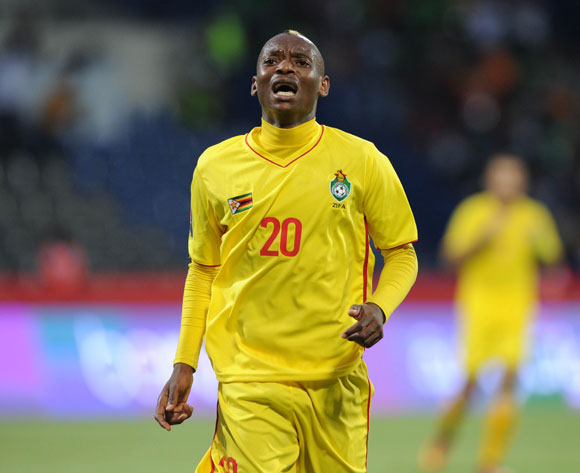 Khama Billiat of Zimbabwe during the Afcon Group B match between Algeria and Zimbabwe on the 15 January 2017 at Franceville Stadium, Gabon Pic Sydney Mahlangu/ BackpagePix

In the wake of his unavailability to represent his country in their opening 2019 CAF Africa Cup of Nations qualifier against Liberia, Zimbabwean striker Khama Billiat has expressed disappointment.

Ndlovu went to the country to clarify Billiat's injury as the Zimbabwean Football Association insisted that he blocked the player from honouring the call-up.

MUSONA: ZIMBABWE TO TAKE EACH GAME AS IT COMES IN AFCON QUALIFIERS

The move follows the spat between ZIFA and the CAF Champions League winners as the FA threatened to write to SAFA regarding the player's release.

However, Billiat said he is disappointed to miss the opportunity to represent Norman Mapeza's men in a crucial encounter on Saturday.

“I am so disappointed. If there was anything I could do to be fit and play, I would play any day but sadly its not in my control,”' said Billiat to the News Day.

“I always want to represent my country, I feel like I have so much to offer the nation,” he told reporters yesterday.

“For me to be on the list makes me want to play because there are so many Zimbabweans that are very good, but I am getting a chance to represent my country.

“I want to say good luck to the nation. I believe we didn’t do what we wanted to do in the last AFCON finals but we can still be better this time around.”