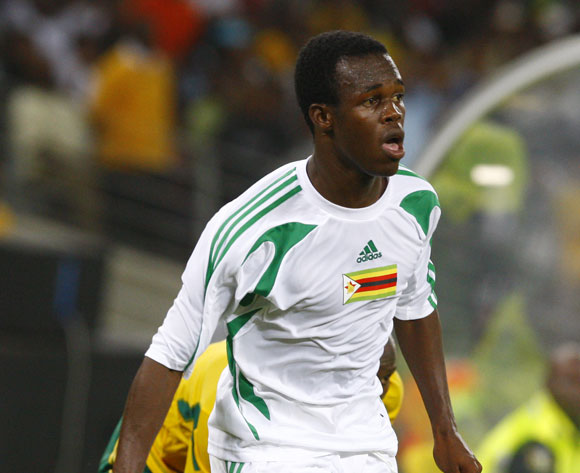 Good afternoon and welcome to our coverage of the 2019 CAF Africa Cup of Nations qualifier between Zimbabwe and Liberia from the National Sports Stadium in Harare, on Sunday 11 June 2017.

90' Chigova collects a dangerous ball into the box. He has been on a holiday, Liberia have failed to give hi tough times

87' Zimbabwe sub: Karuru on for Mahachi

85' Zimbabwe knocking the ball around comfortably as the visitors are chasing shadows. Zimbabwe 3-0 Liberia

80' Excellent save by Desouza to deny Kamusoko from close range. What a save by the Liberian keeper.

75' Musona continued to trouble the Liberians as he hits the woodwork trying to chip Desouza away from his line.

GOAL- Musona scores again to make it 3-0 in the 63rd minute. He bags his hat-trick as he converts Partson Jaure's cross from the left wing.

61' Yellow card for Nyumah after a dangerous tackle on Nakamba.

60' Zimbabwe 2-0 Liberia: Another set piece for the visitors on the edge of the box, but the referee sees an offside as Chigova parries the ball away.

57' Sub for Liberia: Krangar and Paye off

55' Chipeta misses a free header after Musona delivered a great cross from a short corner.

51' GOAL - Musona bags his brace in the 51st minute after receiving a perfect cross from Mahachi on the right flank. Zimbabwe 2-0 Liberia.

50' Liberia pushing to get an equaliser, but they fail to get something out of their set piece on the edge of the area.

45' Liberia nearly silenced the crowds when Nimely failed to capitalise on a defensive error, his curler missed the left post.

40' Mahachi rattles the cross bar after a beautiful set piece with his right foot.

40' Zimbabwe still chasing for another goal and Musona fouled by Marcus Macauley on the edge of the area.

35' Tendai Ndoro sees his great header going wide off the far posts resulting from a corner, with Desouza beaten.

31' Liberia receive a free kick in a goo area in Zimbabwe's half and Chipeta is the guilty party. Macauley sees his attempt off target.

25' GOAL - Musona breaks the deadlock when he catches the Lone Stars' defence sleeping from a Danny Phiri pass. 1-0 to the Warriors.

20' Liberian side now settling down in the match, good touches in the middle of the park. They receive a free kick in their own half.

15' Liberia struggling to hold on to the ball, they lose possession easily to their hosts. No golas after 15 minutes.

10' Musona shows his quality in the box, beats his marker and takes a shot which deflects off the defender's hand, but a penalty is not given.

05' Liberia showing good signs of dominance in the early stages of the match. Zimbabwe now attacking, the visitors stable at the back.

01' We are underway in Harare