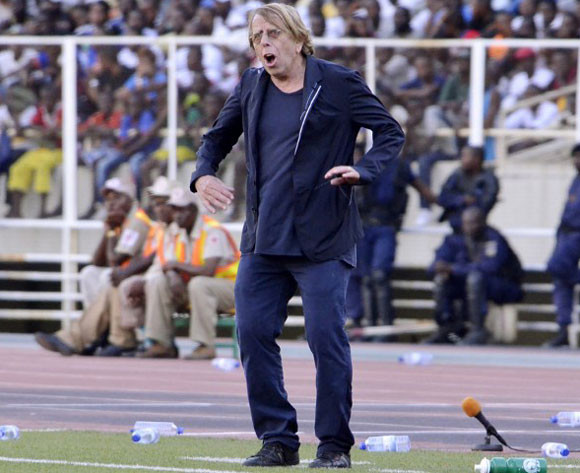 Togo coach Claude Leroy said he was proud of his players despite their loss away to Algeria on Sunday night.

The Sparrow Hawks were beaten 1-0 by the Fennec Foxes in a 2019 Africa Cup of Nations qualifier in Blida.

Sofiane Hanni scored the only goal of the game midway through the first half, but Togo were unlucky not to get something out of the game after a strong showing in the second stanza.

"I am obviously disappointed with the result of the game because I remain convinced that the draw would have been more fair,” Leroy told a post-match press conference.

“My players had a very good meeting. Admittedly, we made a defensive error that cost us dearly, but overall my players have made a great game.

“I congratulate my players for this performance because we put this team of Algeria in difficulty, especially in the second half. We have done a lot of tactical work.

“I told my players at the end of the game that I was proud of them. I am disappointed but I am also proud of my men.”

Togo will hope to bounce back into contention for the 2019 finals when they resume their campaign with a home clash against Benin next March.