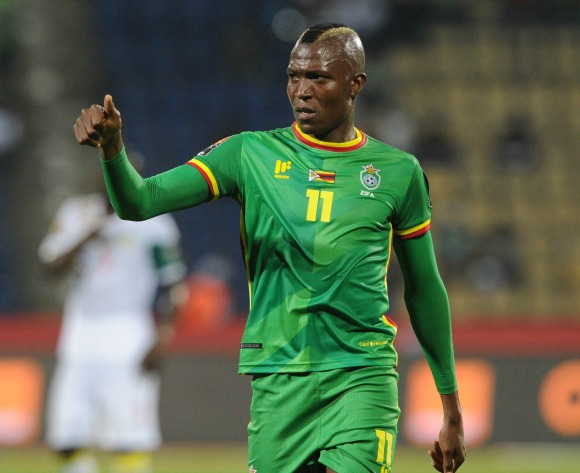 Zimbabwe striker Tendai Ndoro says their mission is to qualify for the 2019 CAF Africa Cup of Nations and reach the semi-finals in Cameroon as well.

Ndoro partnered with his national team skipper, Knowledge Musona, who scored a hat-trick as they ripped Liberia apart handing them a 3-0 win on Sunday in Harare.

Although Ndoro nearly registered his name on the score sheet when his header went inches wide in the opening half, he remains optimistic of a good campaign for himself.

The Orlando Pirates forward said they want to improve their AFCON run as they failed to reach the knockout stages in the previous campaign in Gabon.

"Well, we shall do our best during the qualifying campaign because our main objective is to reach the finals again," Ndoro said to Goal.

"Look, we want to win all of our first round matches in our group in order to put ourselves in a good position in race for a place in the finals.

"After qualifying, the main target would be to progress into the knockout stages after failing to advance from our group in Gabon.

"I believe that we can go as far as the semi-finals. We do have the talent to achieve this, but we need to work hard as a team in order to meet our targets."