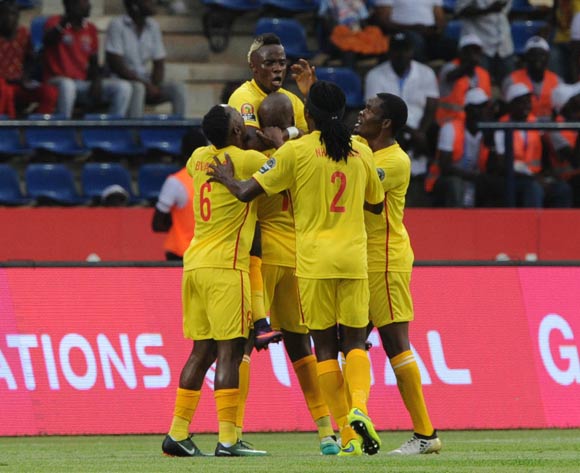 Just after leading his country to his first win on Sunday, Zimbabwean national team coach Norman Mapeza has congratulated his players for a job well done.

The former Warriors skipper was handed the reins after the Zimbabwean Football Association axed coach Kalisto Pasuwa in March after their participation at AFCON 2017.

In his first match, his men drew against Zambia in an international friendly, but they bagged a 3-0 win at home on Sunday.

“It was a good game of football. We took our chances and I think we defended well. We had a compact midfield and were clinical upfront,” he tells the News day website.

REPORT: ROMA WILL HAVE TO SELL SALAH FOR FINANCIAL REASONS

“It was a good game of football. We took our chances and I think we defended well. We had a compact midfield and were clinical upfront.

“I should say congratulations to the boys, they worked hard, and I should also thank the fans who came in their numbers and gave us maximum support.

“That is what we need as a team going forward. Everybody today was fantastic. From goalkeeper George (Chigova) to the two guys (Ovidy Karuru and Devon Chafa) that came on.

“We now have to be consistent going forward and try to keep the team as it is.

"I’m only an interim coach and might not be here for the next match so my advice to the next coach is to keep the team like it is and maybe add one or two guys, who were not available today.

"This is a good team, a mixture of experience and young players.”

In their next match, they will face Congo in March 2018 away as they will want to consolidate their pole position.