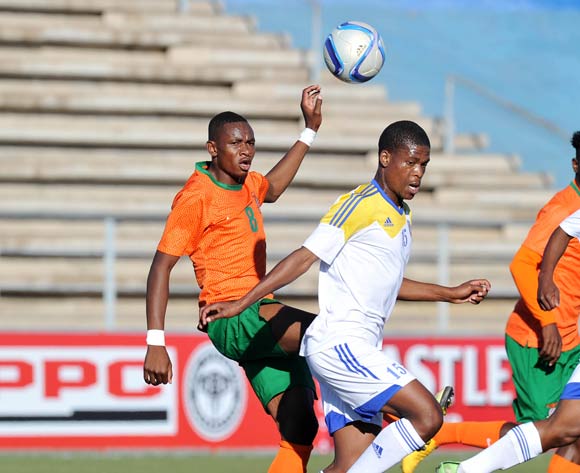 Njabulo Ndlovu of Swaziland challenged by Paul Katema of Zambia during the 2016 Cosafa Cup Quarterfinals match between Zambia and Swaziland at Sam Nujoma Stadium in Windhoek Namibia on 19 June, 2016 ©Muzi Ntombela/BackpagePix

AmaZulu have reportedly opened talks with Mbabane Swallows over the possibility of signing striker Sebelo Ndzinisa and midfielder Njabulo Ndlovu.

Ndzinisa and Ndlovu, who are also Swaziland internationals, are said to have caught the eye of Usuthu ahead of 2017/18 campaign.

According to a Kickoff.com source close to the KwaZulu-Natal giants, have already started negotiations with Swallows.

"AmaZulu has already identified both Ndzinisa and Ndlovu as amongst their new signings for next season," the source tells KickOff.com.

"The club has already begun negotiations with their club in Swaziland."

They are believed to be already started preparing for life in the top-flight next season.