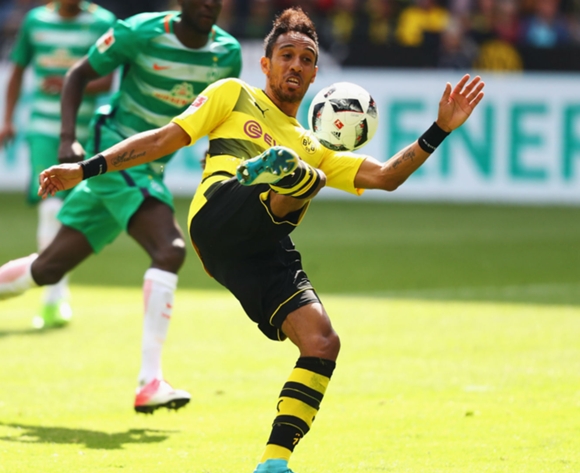 The Panthers striker is widely expected to leave the German club this European summer and French Ligue 1 giants Paris Saint-Germain appeared to be the favourites to sign him.

However, PSG have gone cold on the prospect of bringing Aubameyang to Parc des Princes, opening the way for other clubs to enter the race.

And, according to Le Parisien, Liverpool are set to jump to the front of the queue with a club record €70 million bid.

The Reds are managed by Jurgen Klopp, the manager who signed Aubameyang from Saint-Etienne in 2011 and helped turn him into the prolific striker he is today.

With Liverpool qualified for next season’s UEFA Champions League and Klopp having a good relationship with Aubameyang, the player is reportedly open to the possibility of a move to Anfield.

The Premier League is also currently in talks with Italian side Roma over a transfer for Egyptian international Mohamed Salah.