Numba: Zanaco are going to attack Sport from the first whistle 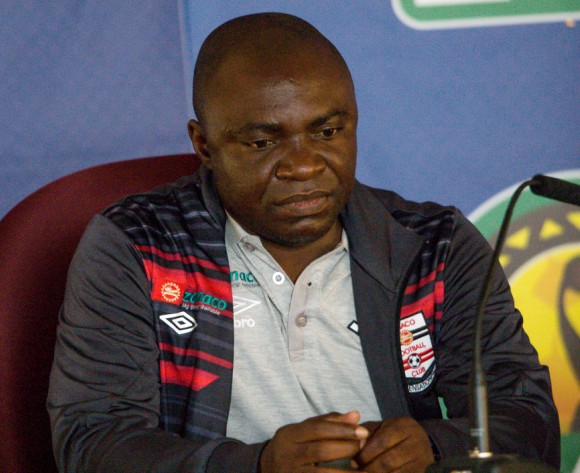 Zanaco head coach Mumamba Numba says they are going to attack Coton Sport from the first whistle when the two sides meet in midweek.

Zambian club Zanaco are scheduled to face the Cameroonian giants Sport in the 2017 CAF Champions League Group D match on Wednesday in Garoua.

Zanaco, who are unbeaten this term in the Champions League, are tied on seven points with Group D leaders, Al Ahly of Egypt.

Numba has now set his sights on Sport as they look remain at the top of the Group D standings and ultimately, qualify for the knockout stages.

“We know how Coton Sport play. We know their system of play and that is why we want to finish them off on their turf," Numba told CAF Media.

“This is an important game for us. We are going to attack them from the first whistle but we also have to be careful so that we do not expose our backline."

Kick-off between Sport and Zanaco is at 17h00 CAT. The match will take place at the Stade Omnisport Roumde Adjia in Cameroon.