Cameroon look to bounce back against the Aussies 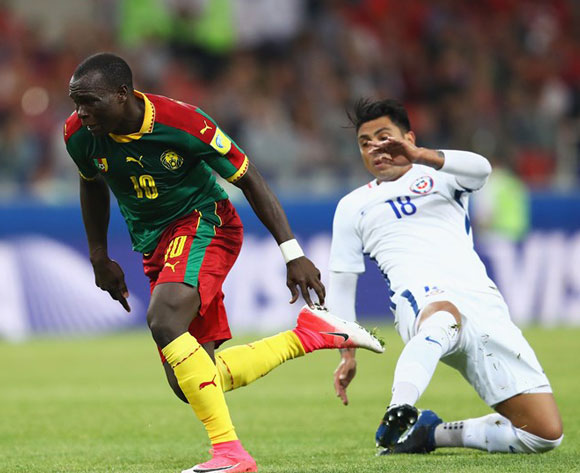 African champions Cameroon will be looking to bounce back in the 2017 Confederations Cup when they face Australia in their second Group B match.

The teams are set to meet at the Krestovsky Stadium in Saint Petersburg on Thursday, kick-off at 17h00 CAT.

The Indomitable Lions slumped to a disappointing 0-2 defeat at the hands of Chile in their opening match on Sunday night.

After holding La Roja goalless for the majority of the match, Cameroon lost their concentration late on and conceded to Arturo Vidal and Eduardo Vargas.

Hugo Broos’ team will need to show more endeavour and endurance against an Australian team which managed to impress in patches during their 2-3 loss to world champions Germany on Monday.

The Socceroos have some glaring technical deficiencies, but they shouldn’t be underestimated by Cameroon, particularly with their pace and power on the counter attack.

"We have a young team and it needs to mature,” Broos said in the aftermath of the loss to Chile.

"We were also playing against a team ranked fourth in the world, 28 places above us, so there is a difference in quality and experience as well.

"I think we did fine. We lacked a bit of awareness on Chile's goals but we will go step by step and improve gradually."

This will be the first official international between Cameroon and Australia. The other Group B match will see Germany take on Chile later in the evening in Kazan.