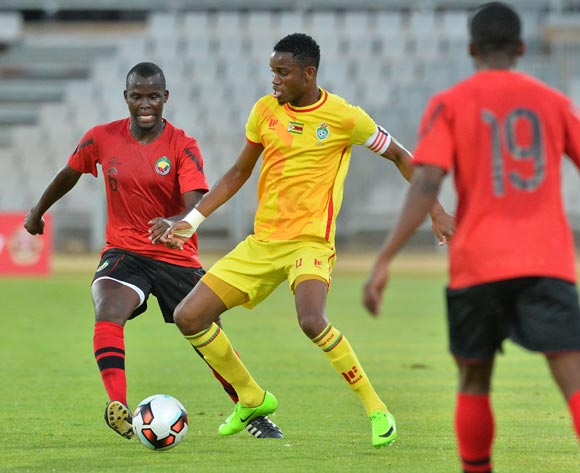 Zimbabwe showed a youthful Mozambique outfit no mercy as they cruised to a 4-0 win over their Southern African rivals in the Group B 2017 COSAFA Cup opener at the Moruleng Stadium on Monday evening.

The Warriors dominated from start to finish with the Mambas lucky not to have suffered a larger defeat to what was a highly motivated Zimbabwean team.

The Warriors skipper rounding Antonio Muquetua before guiding the ball into the back of the net to finish what was a swift move. The goal on the cusp of half-time leading Zimbabwe to a 1-0 lead at the break.

Mavunga, who is reportedly on his way to Benfica for a trial, missed another chance in the 57th minute as he guided his header attempt wide with the goal lurking.

Zimbabwe continued to assert their dominance and should have doubled their lead four minute latter, but Mutizwa was wrongly adjudged to have been in an offside position when guiding the ball into the back of the net.

The Warriors, though, would get their second in the 65th minute as Karuru completed his brace with a header from a corner-kick.

Mozambique finally conjured a chance soon after, but Stelio Teca was unable to find the target from a set-piece attempt.

Karuru had a superb chance to complete his hat-trick in the 76th minute, but Muquetua stood firm to deny the midfielder what would have been a well deserved treble.

Zimbabwe, though, did make it 3-0 soon after as Ocean Mushure curled a stunning left-footed free-kick into the top corner. The Mozambican goal-minder with no chance.

Things went from bad to worse for Abel Xavier's troops with what was the final kick of the game as second-half substitute Blessing Majarira kept his cool after darting in behind the Mozambican defence.