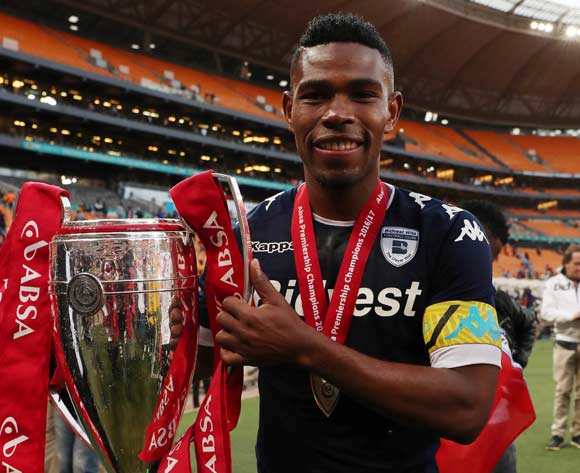 Thulani Hlatshwayo celebrates with trophy as Wits are crowned the 2016/2017 Absa Premiership Champions during the 2016/17 Absa Premiership football match between Kaizer Chiefs and Bidvest Wits at Soccer City, Johannesburg on 27 May 2017 ¬©Gavin Barker/BackpagePix

Just after wrapping up the 2016/17 Premier Soccer League season, the PSL has announced Award nominees.

The Awards ceremony is set to be staged on July 10 at the Sandton Convention Centre.

Absa Premiership champions Bidvest Wits are dominating the nominees as they bagged the MTN8 Cup and the league.

On the other hand, Telkom Knockout Cup winners, Cape Town City made an impression in their maiden PSL season and are set to walk away with more than one award.

Although Mamelodi Sundowns failed to lift a domestic trophy, they claimed the CAF Champions League and Super Cup, and they also have their players nominated for a number of accolades.

Meanwhile, Kaizer Chiefs' defender Ramahlwe Mphahlele gets a nomination for the Defender of the Season.

Despite their loss in the final to SuperSport United, two Orlando Pirates players in Abbubaker Mobara and Mpho Makola get the nod for the Nedbank Cup Player of the Tournament.