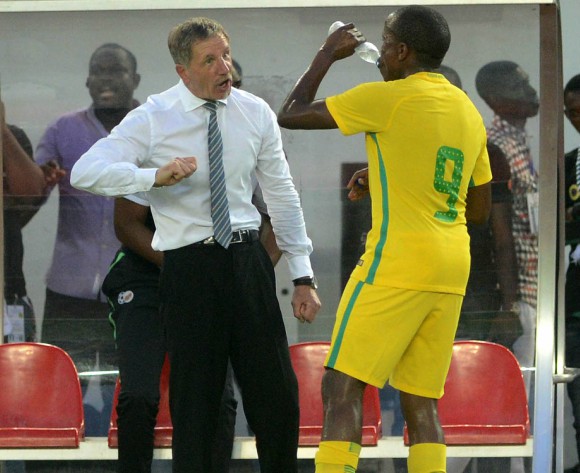 South Africa head coach Stuart Baxter says it was always going to be difficult to put together a team for the 2017 COSAFA Cup in North West.

Bafana Bafana will take on the Group A winners on Sunday at the Royal Bafokeng Stadium in Rustenburg.

“It is a fact that this tournament does not fall under the FIFA Calendar date, so it was always going to be a struggle to put together a team," Baxter said.

"But we have say a big thank you to all the clubs who were able to assist us in putting together this group of players. The cooperation we got from the clubs was very positive and inspiring and we really appreciate that,” he added.

The English tactician recently guided SuperSport United to the 2017 Nedbank Cup and he has since parted ways with the club.

“It’s a good thing that I am now able to focus all my attention on the national team and don’t have to keep on swopping hats and uniforms to service this or the other project. Now I am able to pour all my energies on this one job and make the best of it.

South Africa are scheduled to take on Botswana in the 2018 African Nations Championship (CHAN) qualifier next month.

"I have to take this opportunity to thank everyone who has been supporting me throughout and I hope that support continues because we have a very important period ahead of us in the national team," he stressed.

"First up is the COSAFA CUP, then the CHAN tournament, followed by World Cup qualifiers and early next year we play the AFCON qualifiers – so we going to need all the support we can get."